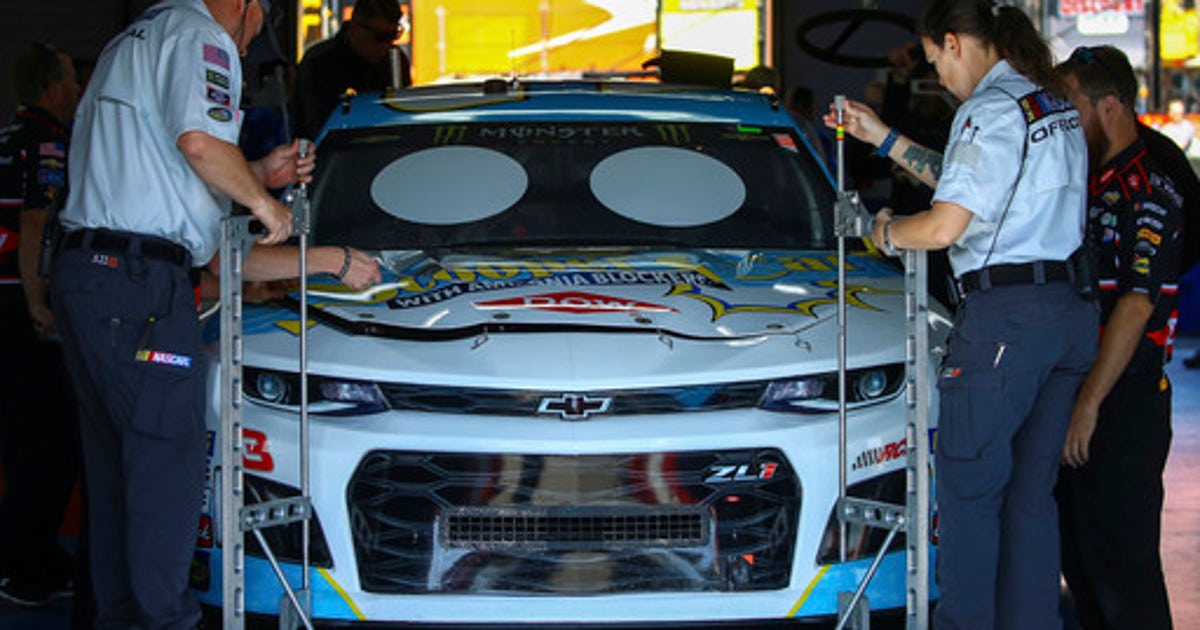 TALLADEGA, Ala. (AP) A different Busch will be Kevin Harvick’s nearest competitor at Talladega Superspeedway – at least at the start.

Harvick will start on the pole Sunday at Talladega while he goes for his fourth win of the year, which would break a 3-3 deadlock with streaking Kyle Busch. Starting with him up front: Stewart-Haas Racing teammate Kurt Busch.

Even for oft-chaotic Talladega, drivers have said Sunday’s race seems more unpredictable than usual with questions about the cars’ handling. NASCAR changed the restrictor plates after Friday’s practice laps in which Jamie McMurray’s car flipped a number of times.

The change is expected to sap some horsepower from the cars.

”I’ve never really seen this much uncertainty going into a plate race before,” Kurt Busch said. ”So everybody’s got their hands full. Handling will be at an all-time premium. And you have to make the right adjustments on the car. At the same time, you have to protect the car.

”I think (Sunday’s) race will be about a patient race. It’ll be about the old-school mentality of `Protect your car and put yourself in position to win.”’

Riding a three-race winning streak, points leader Kyle Busch will start in 19th after failing to advance in qualifying. He and Harvick have dueled for Cup dominance during the first nine races while taking turns winning three in a row.

Talladega has tended to be a different story for both. Kyle Busch hasn’t won at the famed tri-oval since 2008. Like his brother, he’s not quite sure what to expect, but says that’s nothing new at restrictor plate tracks.

”It’s always different,” Kyle Busch said. ”I feel like every time you go to a plate race, stuff is the same, but yet it’s so different that you just don’t know what to expect. A lot of new drivers that are out there that don’t have wins yet in our series that are really going to be hungry and looking for wins. So you know they’re going to be trying to punch their ticket to the playoffs and being very aggressive, so you’ve got to be mindful of that, too.”

Harvick is 13 years removed from his only previous pole at Talladega, where he won in 2010.

”We’ve tried to position ourselves in the front and we’ve crashed at the front the last several races,” Harvick said. ”I’d definitely rather be in the front than have to worry about what your strategy needs to be. Now you know it.”

Ricky Stenhouse Jr., who won last year at both Talladega and Daytona, has had more success in restrictor plate races lately and opens in seventh. Since 2014, Roush Fenway Racing has only won at tracks where the plates are used.

”I look at it as a fairly open weekend with a lot of unpredictability, even for Talladega standards,” Keselowski said. ”And with that is an opportunity as well, but we’re certainly going to have to earn it.”

Here are some things to know about Sunday’s Geico 500:

NASCAR reduced the size of holes in the restrictor plates after Friday’s practice laps were marred by the wreck that forced four drivers to switch to backup cars, including McMurray. Kurt Busch said he didn’t notice a big difference.

”The cars are about 5-10 mph faster than they’ve been here in the last two-to-three decades,” Keselowski said before the change. ”The liftoff speed is probably a concern, not just for me but for everybody.”

Only eight drivers in NASCAR’s modern era, dating back to 1972, have won four consecutive races. None of those streaks included a win at Talladega. Busch has had a love-hate relationship with Talladega, finishing second at the spring race in 2016 and third last year. He has also had some struggles, finishing 30th and 27th in the last two fall races.