Column: IndyCar on an upswing as NASCAR stumbles over itself 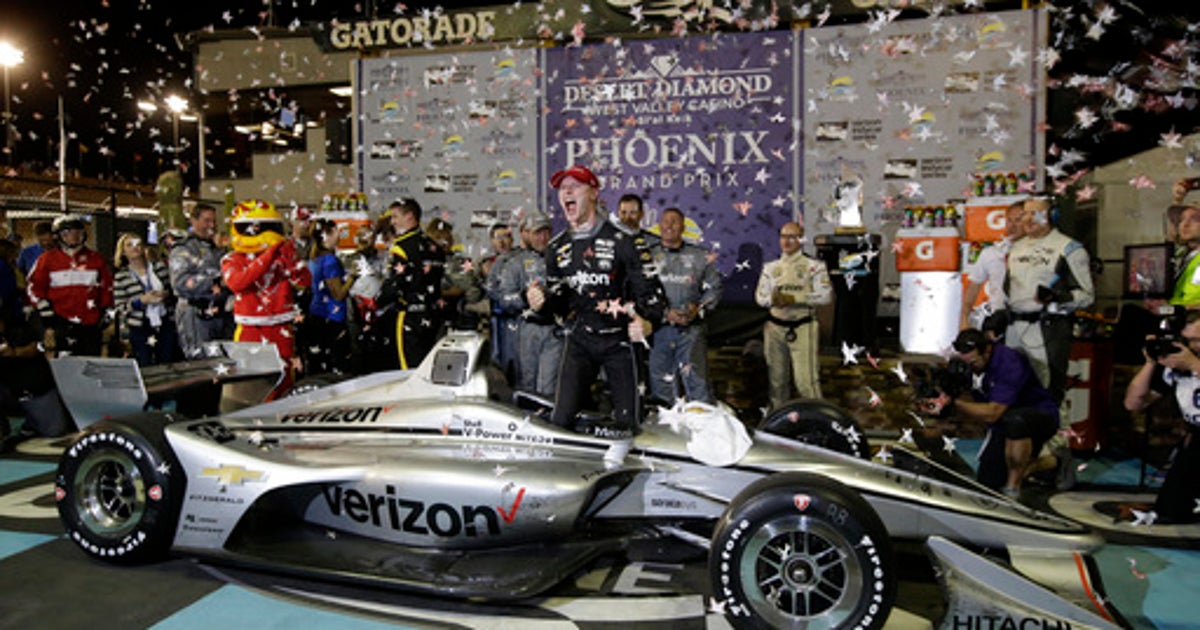 CHARLOTTE, N.C. (AP) Motorsports in America can be bold and beautiful and so very baffling.

IndyCar and NASCAR, the top two series in the United States, seem as if they are headed in opposite directions at the start of the 2018 season. IndyCar has had two competitive races, boasts a new car that contributed to a nail-biting finish Saturday night in Phoenix, and renewed energy and excitement surrounding the beleaguered little series.

NASCAR, the behemoth league in this country, has seven races under its belt. But after Sunday’s race at Texas, some might wonder if the series is falling off its rails. NASCAR officials made an officiating error that benefited Kevin Harvick, a series official was seen on television fist-bumping a Harvick crew member after the no-call, and then Harvick spared no words in his harsh criticism of the ”pathetic” NASCAR-issued air guns he claimed are ”embarrassing for the sport.”

The action didn’t stop after Kyle Busch’s victory over Harvick, either.

NASCAR President Brent Dewar, who has dramatically amped up fan engagement this year, went on a bizarre, three-hour-plus Twitter binge in which he was both defensive and later apologetic if his tone offended. He invited one critical fan to visit race control because it’s ”easy to criticize from you(r) lazy boy.” When fan JJ Brannan wrote that Dewar was ”doing more harm to the brand then you are good with your Twitter presence,” Dewar quickly clapped back.

”Happy to stop. Will save me a couple of hours I can spend with my family,” the president replied.

Why can’t the two top racing series in the U.S. ever be on an upswing at the same time?

That very question was asked to Roger Penske, the titan of motorsports, at last month’s IndyCar season opener. The billionaire with full-time teams in NASCAR, IndyCar, IMSA sports cars and Australia’s super cars series didn’t have an immediate answer. IndyCar has been quietly moving with a slight and slow resurgence, but NASCAR feels like it’s putting out one fire after another.

One issue Penske circled back to repeatedly that day was cost-containment and he admitted he can run one NASCAR Cup Series car competitively for the same spend on his entire three-car IndyCar operation. He brought up the equipment used to change tires during NASCAR races several times, and seemed in favor of the rule this year that has NASCAR-issued pit guns to stop bottomless team spending on developing faster, efficient air guns.

”I hate to tell you how many times we had problems with our $150,000 investment in pit guns compared to what we’re doing now,” Penske said.

All NASCAR team owners were allowed input on the rule and it’s not a minor change; it has developed into a major story line of this young season. Teams complained the guns haven’t consistently worked, and Harvick said issues with the equipment have dogged him through the first two months of the season. Harvick still has three victories and a runner-up finish through seven races.

”The pit guns have been absolutely horrible all year, and our guys do a great job on pit road, and the pathetic part about it is the fact you get handed something that doesn’t work correctly, and those guys are just doing everything that they can to try to make it right,” he said. ”It’s embarrassing for the sport.”

”We have to look at everything before we can flat out say we had a gun problem,” Miller said. ”The program has had a few more hitches in it than, obviously, we wished it would. Everything in motorsports is a development process and this is no different. It’s unfortunate that it’s caused some people some problems but development is what it is.”

So here we are, everything moving along quite swimmingly in IndyCar, the series that always seemed to stumble over its own messes, as NASCAR is now the one that can’t seem to get out of its own way.

In fairness, the series operate on much different scales. IndyCar has a smaller field, shorter season, fewer resources and a tiny television audience. NASCAR is the big daddy and runs nearly 11 months, has 38 events in just the flagship Cup Series and is trying desperately to rein in spending while still putting forth a competitive product that will stop its slide in the TV ratings.

IndyCar, from a numbers standpoint, is a world away from NASCAR. But after its first two races of the season, the series is probably content with its small corner of the motorsports market and the product it is currently producing. NASCAR? Well, when air guns and the league president’s tweets are the topic du jour after a race, the series has got to take a serious step back and return to basics: good racing.