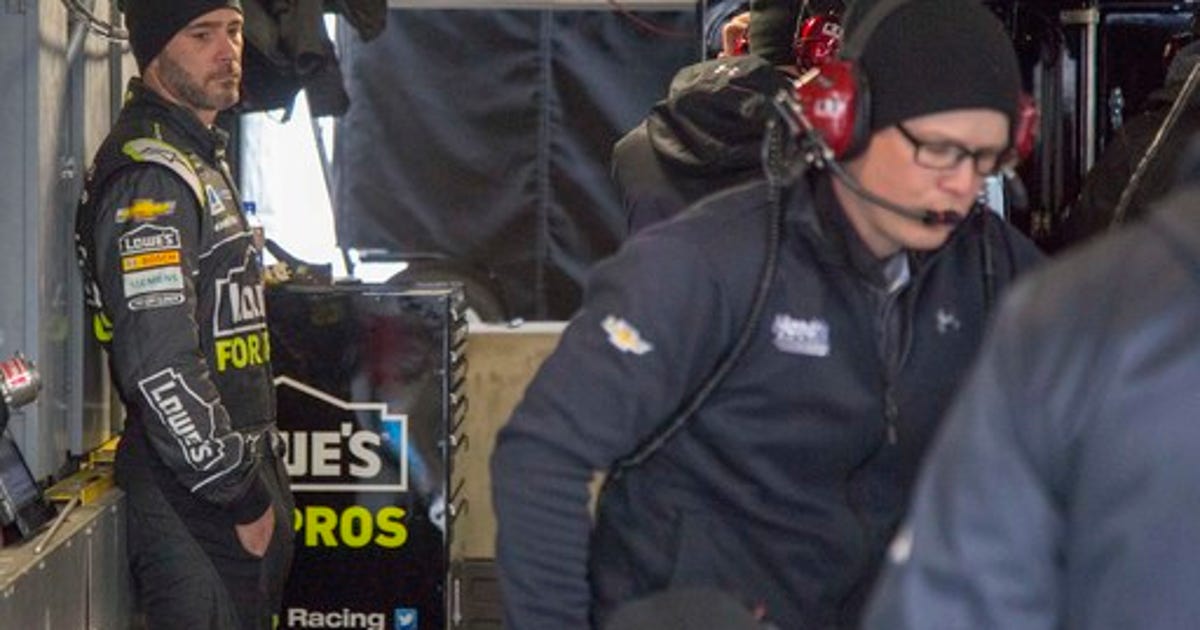 Jimmie Johnson’s start to the NASCAR season is not worthy of a seven-time champion.

How bad is it? He has just one top-10 finish in five races and goes to Martinsville Speedway mired in a career-worst 28-race losing streak.

But Johnson can take heart in this: He has nine victories at Martinsville, most among active drivers, and despite his slump must be considered a favorite for Sunday’s race at the Virginia short track.

He laughed Saturday at the reminder of his losing streak, which dates to Dover, Delaware, last June, and pointed out he did indeed win three Cup races in 2018.

If fans of Johnson’s No. 48 team are freaking out – especially since Lowe’s, the only primary sponsor he’s had in the Cup, is leaving at the end of the season – Johnson is not. The reality is the most consistent and successful driver of his generation is the veteran during a Hendrick Motorsports reorganization and Chevrolet’s launch of an on-track Camaro.

There’s a lot of stuff going on and it’s going to take time to work out the kinks.

”At the end of last year, there were layers of high frustration and some embarrassment that we just couldn’t get things going in the right direction,” Johnson said Saturday. ”This year, we’ve improved every week and have seen great strides. I’m very optimistic that success is out there in front of us and around the corner.

”But, through it all, I live in the moment and understand where I am and where our team is and what we’re doing as a company. I know the journey that we’re on. I know what’s happening internally to build a better product and to better use our resources to build a better think tank. There’s a journey of growth going on right now at the company.”

Hendrick’s lineup was overhauled because of retirements by Jeff Gordon and Dale Earnhardt Jr., and Kasey Kahne was released from his contract at the end of last season. The team is now Johnson, Chase Elliott, Alex Bowman and William Byron. Johnson is the only active Cup winner in the lineup.

Through five races this season, Johnson sits 18th in the standings. He was involved in crashes during all of his races at Daytona, and it took until last week in his home state of California for Johnson to put a big number on the board: ninth at Fontana.

Johnson isn’t getting much sympathy, even within his own company.

”I would like to have his slump,” Elliott said. ”You don’t forget how to drive. You don’t change your driving habits. The guy is still one of, if not the greatest driver to ever come through NASCAR. I would probably say the best ever without question.

”I can assure you if the man has a car that is capable to run well and to run inside the top five and lead laps and dominate races, he is probably going to be doing that.”

Johnson wondered if attention to his losing streak is because he’s a victim of his own success. He has 83 career Cup victories and his seven titles tie him with Richard Petty and the late Dale Earnhardt. His streak of five consecutive championships has never been done before in NASCAR.

”I think people often take for granted how competitive pro sports are and how competitive this garage area is,” Johnson said. ”Although we’ve been able to do some pretty amazing things that have never been done before, I think it’s unfair to believe that it can last forever. What we did to win five in a row was pretty darn special.

”I do hold myself to a very high level of expectation … (but) there are some unfair expectations put on people and on teams and on individuals, and I think people often forget how difficult it is to compete at a pro level.”