Everybody is chasing Kevin Harvick as NASCAR hits Fontana 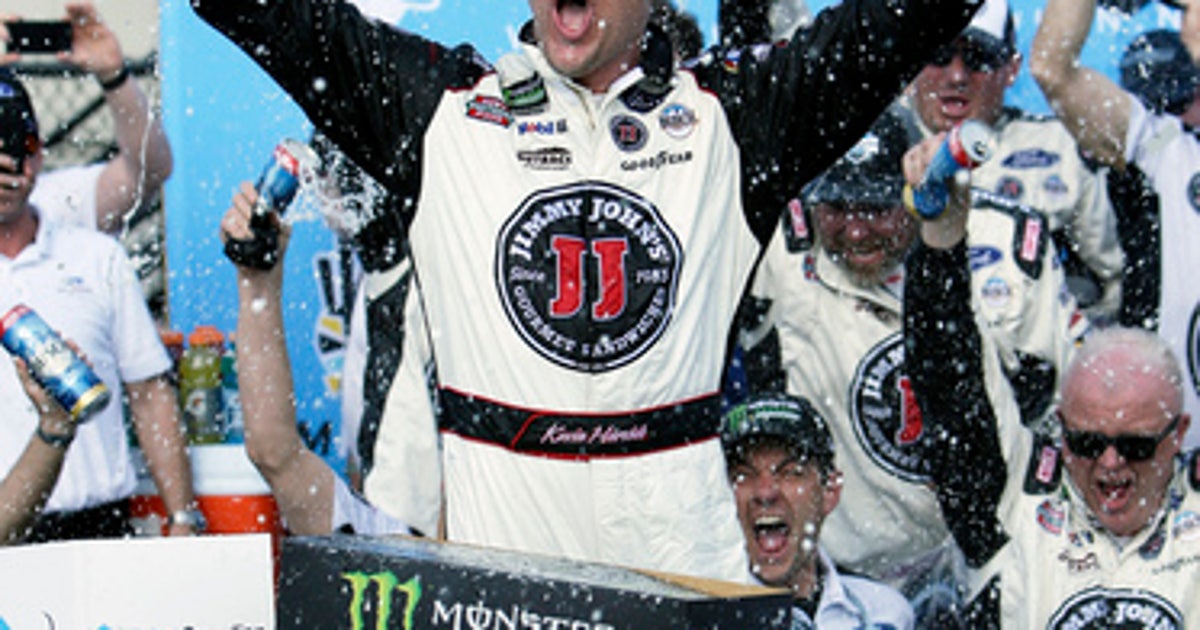 FONTANA, Calif. (AP) Kevin Harvick arrived in his home state this week on a three-race winning streak . He promptly dominated practice and then set the Fontana speed record in qualifying.

Yep, everybody in the NASCAR Cup Series knows they’re chasing Harvick on this wide, weathered California oval on Sunday.

”I think everybody is extremely confident,” Harvick said of his Stewart-Haas Racing team. ”I think that confidence just builds. With every moment, you just become more confident in the things that you can and can’t do.”

That can’t-do list is awfully short these days for Harvick, who is attempting to become the 13th driver in Cup series history to win four consecutive races – and only the sixth since 1991. Jimmie Johnson was the last to accomplish the feat back in 2007, and the only driver to do it in the 21st century.

Although Johnson has six career victories on the closest track to his hometown, the Californian might not have the car to prevent Harvick from becoming the first driver to sweep all three races in NASCAR’s West Coast Swing. But many of the top candidates to challenge Harvick have their own local ties.

Kyle Larson, a Sacramento-area native, is the defending Fontana champion , and he finished third behind Harvick two weeks ago. Las Vegas’ Kyle Busch is a three-time winner here, and he has spent much of this season right behind Harvick, including second-place finishes the past two weeks.

”It’s cool to see what their race team is doing right now,” Larson said of Harvick. ”He is making it look really easy, because it’s not at all easy to win a Cup race.”

The oldest surface on the Cup schedule also could play a role in the result. Fontana frequently sees wild, 200-mph racing on its grooved, five-wide track, and Harvick is eager to mix it up.

”I crashed going into the green flag last year,” Harvick said, referring to damage on his nose in the opening moments of last year’s race. ”So there’s got to be a little bit of redemption somewhere along the line to pick yourself back up and recover from that. Hopefully we can keep doing what we’ve been doing.”

Here are more things to watch at the track formerly known as California Speedway:

After 13 cars couldn’t pass inspection to compete in qualifying Friday , a few drivers up front complained that the mistakes would turn out to be an advantage because the cars in the back could start on fresh tires. On Friday night, NASCAR decided to eliminate that advantage by allowing the cars that made it through qualifying to purchase another set of tires. Tire degradation is a big factor on the weathered asphalt at Fontana.

Johnson is an enormous fan favorite at Fontana, and he is racing this week for the first time since Lowe’s announced the end of its long-standing sponsorship deal with the No. 48 car next season. Hendrick Motorsports is still attempting to optimize its performance in the new Camaro body, and the results haven’t shown up this season. ”I’m fighting very similar issues that I did have last year,” Johnson said. ”Yes, we are still sorting out a new car and some new rules, so I think we will continue to evolve that side of it from an aero standpoint, but I feel there is a little more to it than just that.”

Johnson last won at Fontana in 2016, and he has finished in the top two in 11 of his 23 career races here, but he returns to this favored track on 27-race winless drought, a career worst. He also has finished outside the top 10 in 10 consecutive races, another career-long skid. Harvick beat Johnson by a fraction of a second here in 2011 in the closest Cup result in the track’s history.

Defending Cup Series champion Martin Truex Jr. will be on the pole, and Busch will be right beside him in an all-Toyota front, with Larson sitting in third. Harvick will start 10th.