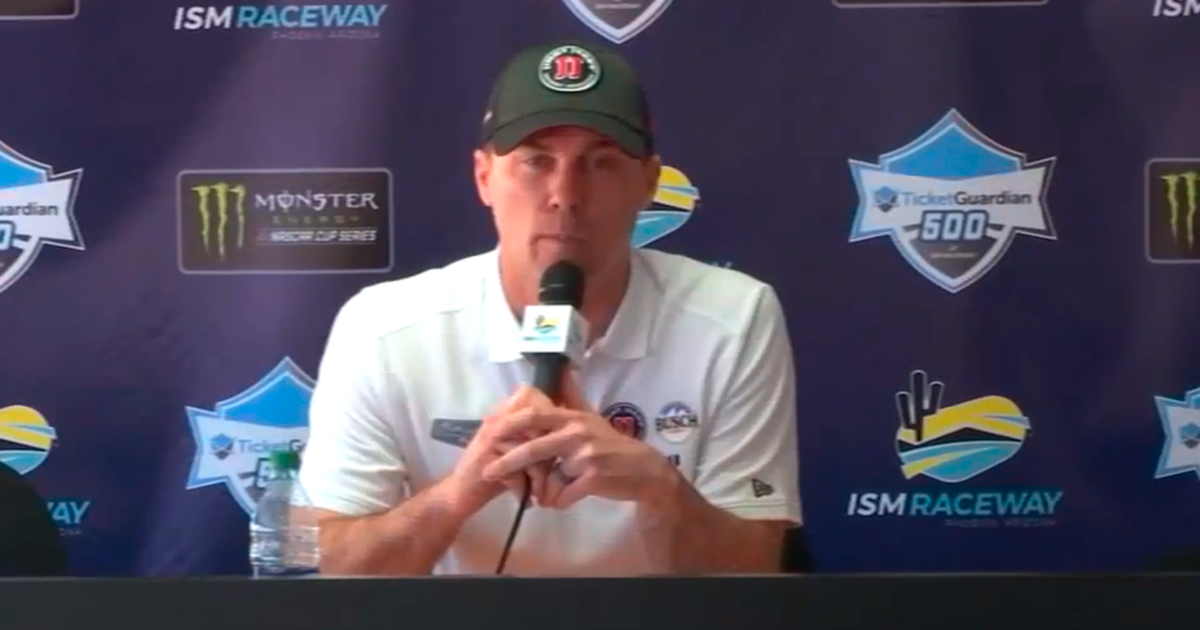 [SWOOSH] – As you look at the penalty in itself, it’s very confusing. You know, I think as you look at, obviously, all the chatter that was created on social media afterwards and, you know, the whole findings of the whole thing was really started from the roof braces not working correctly in the car, that are non-mandatory braces, that exist in the back of the roof.

I think you see some of the repercussions of finding a penalty, you know, that was big enough to make the car sufficient to have a fine big enough to, you know, to appease everybody. So that didn’t work.

REPORTER: Without the pressure of the fans on social media, you would have been called for this penalty?

– OK. So Kevin said it right there. Without the pressure of the social media, he felt that they would not have been called on this. And guys, here’s another example. And we probably could do an entire hour show on this subject, but the effect, really, in the fans and social media on the sport right now.

– Yeah. That was pretty big, obviously, [INAUDIBLE]. I think with Alan and Chase talking about it on the radio, that was going to come across later in a conversation between those two guys. Hey, did you see that? How can we get our car to do that? Because, you know, at that point in time, maybe nobody else saw that.

And so that was a big thing. I think as a competitor you want to have all the advantages. And if you see somebody you think has an advantage, you want to be able to get it. You want to– you don’t want to rat them out. But you want to make sure you get your car the same way.

– Yeah. And at the end of the day, they did have a failure. You know, whether it was intentional or not, the car did something that it wasn’t supposed to do. NASCAR’s reacted to it and obviously laid penalties down and in line with what’s going on there.

But the big thing is, too, just like you said. You know, Chase and Alan weren’t talking about this because, oh, that’s cool. The [INAUDIBLE] car did it.

They’re going, hey, you know, how can we figure this out next week? And so NASCAR really has to nip those things in the bud for no matter what reason. And I think that’s why the penalties are where they’re at.