NASCAR driver Regan Smith will have a familiar voice in his ear when he makes his television booth debut Saturday for FS1’s live coverage of the NASCAR XFINITY Series race at Iowa Speedway (8:00 PM ET). While Mark Smith (no relation) isn’t Regan’s crew chief, he just might be the next best thing.

Mark Smith, FOX Sports’ NASCAR Camping World Truck Series race producer, will hang around Iowa Speedway an extra day this weekend to produce the NASCAR XFINITY Series race, for which Regan is serving as a driver analyst for the first time.

The two, friends for 29 years, grew up in neighboring small towns in upstate New York, initially meeting when Regan’s family began frequenting Happy Days, a drive-through restaurant owned and operated by Mark’s family in Cato.  Smith’s family, hailing from Cato, made a tradition of celebrating their special occasions at Happy Days, beginning when Regan was four years old.

“I’ve watched Regan grow up since he was about two feet tall,” said Mark, who grew up minutes from Cato in Baldwinsville. “He’d come by for ice cream with his trophy after his Little League team won or anytime he won a Microd race. The first couple of times, Regan insisted on ordering.  I’d go to the window, flip up the screen and look out.  I didn’t think anyone was there.  I had to lean out and look down to find him. He was a short little thing.  I remember he always got a small soft vanilla ice cream cone with rainbow sprinkles.”

While Mark, 14 years Regan’s senior, has a more vivid memory of the early days of their friendship, Regan has a more nostalgic perspective. 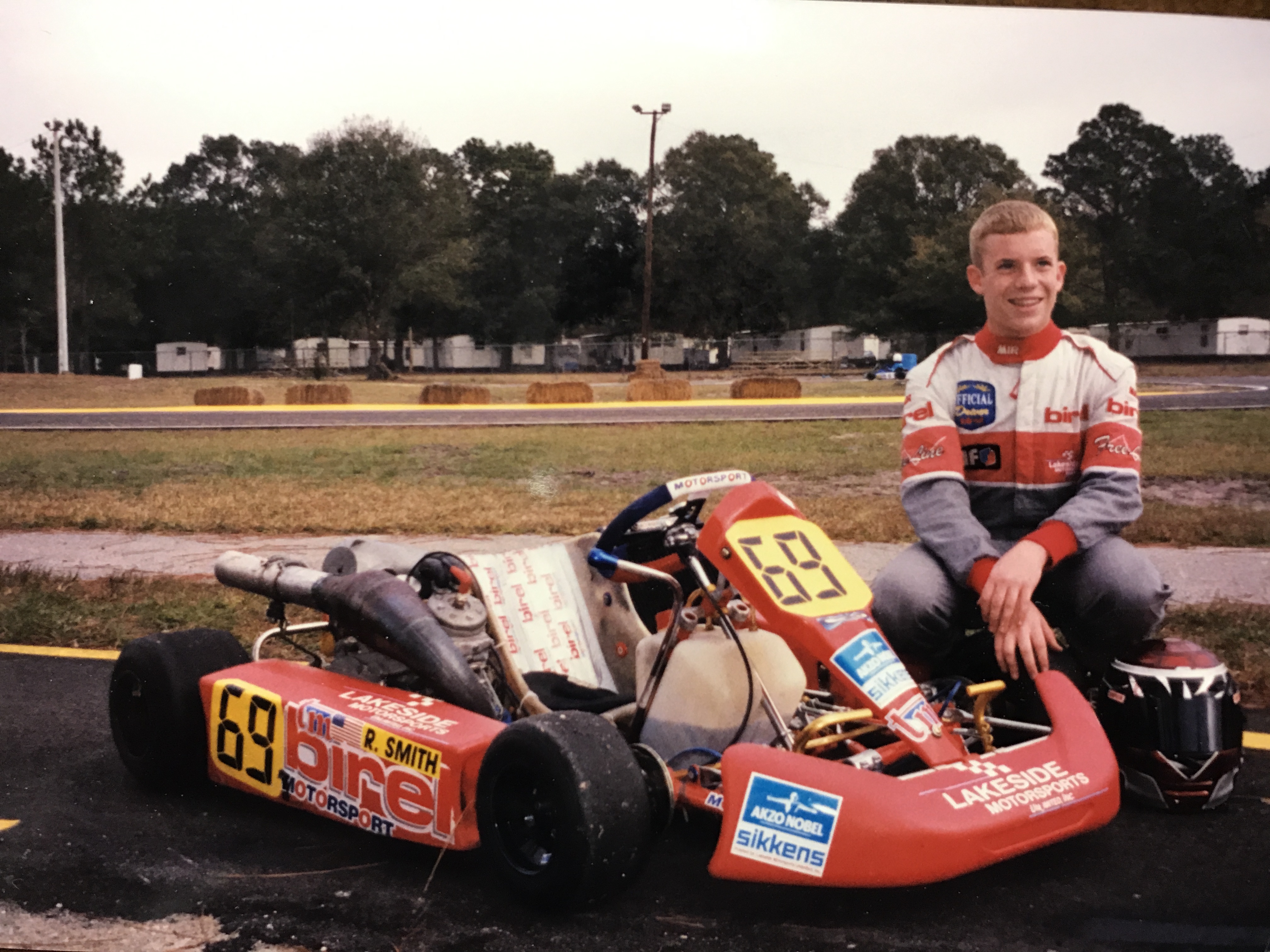 “When I go back to Cato, I still drive past the restaurant every time,” Regan said.  “It has changed a little over the years through different owners, but it still looks like the same Happy Days. Every time we’d have a Little League game or event like that, everyone went there.  That was where you’d go. It holds a special place in my heart. I’ve taken my wife there, if that tells you anything.”

When the time came for Mark to head south for a NASCAR production career in North Carolina, the pair stayed in touch, although Regan’s family remained in the Empire State for approximately another year.

“Regardless of where we were geographically, we’d always keep in touch,” Mark recalled. “He wanted to know how things were going in NASCAR, and I’d reach out to see where he was in his racing career. Our paths began crossing again on a regular basis when he began competing in the XFINITY Series.”

This weekend won’t be the first time the two have worked together.  Mark was the long-time producer of Trackside on SPEED, on which Regan served as a driver guest a couple of times.  He noticed Regan’s innate ability in front of the camera early on and has closely followed his progression to a regular stint on FS1’s NASCAR Race Hub much as a proud big brother would.

“When I first heard his name mentioned for the Iowa TV booth, I knew it would be a great fit because he does such a nice job on Race Hub,” Mark explained.  “Regan brings the perspective of someone who still is driving and has that hands-on knowledge that you can’t trade for anything.

“I just want Regan to be himself on Saturday,” he continued.  “He’s a lot of fun, like the rest of this group.  I think drivers who come up to the TV booth benefit from being on this side of the sport.  They learn why we ask certain questions, but at the same time, they pick up on things from atop the TV booth they can relay to viewers — such as why and where a driver is beating another through the corner. That’s the kind of thing I’d like to get from Regan.” 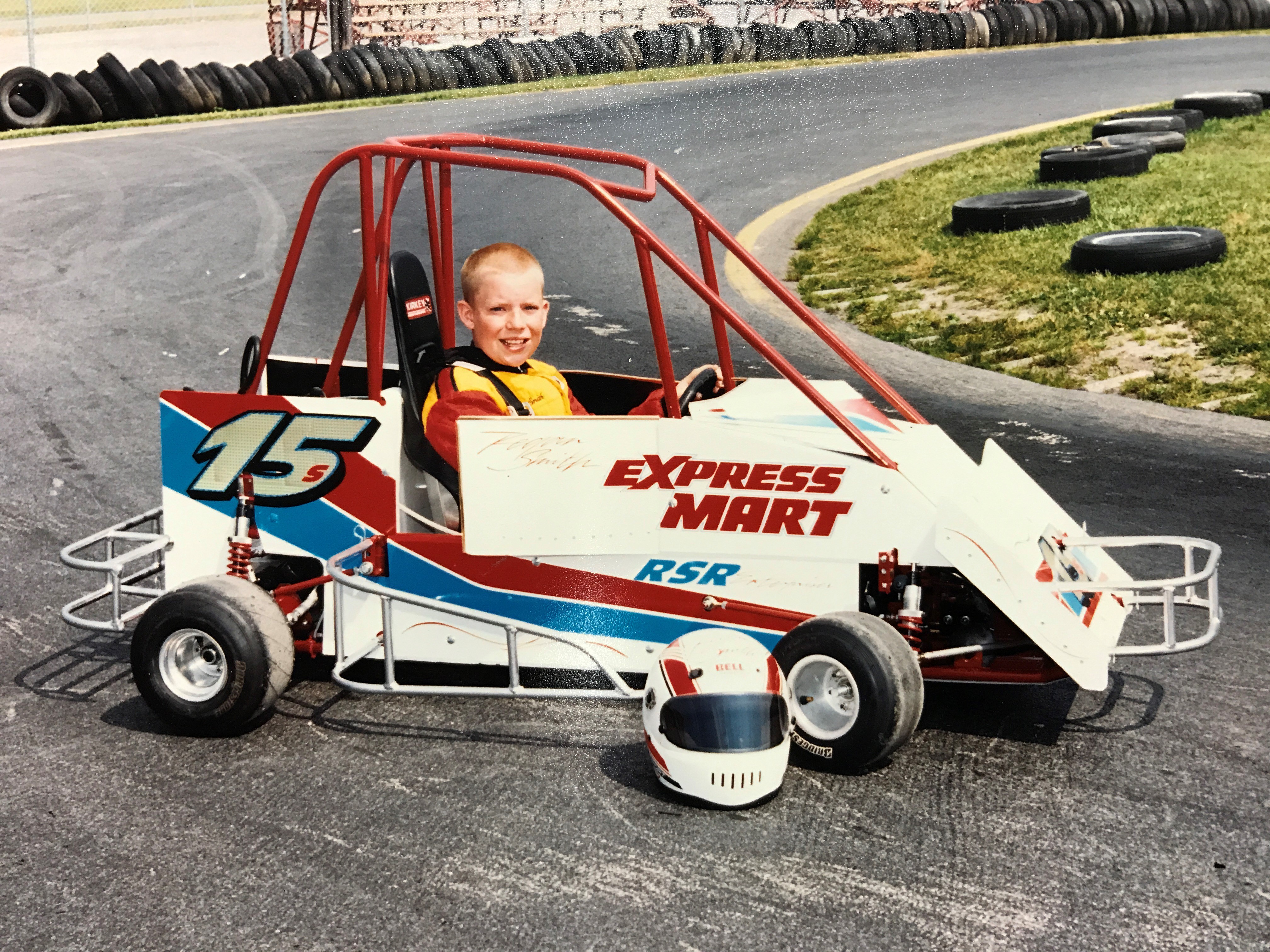 Regan, who is undergoing a TV crash course with a dual role as a pit reporter for FS1’s live coverage of NASCAR XFINITY Series practice on Friday and qualifying on Saturday, began preparing for his analyst debut several weeks ago.

“I’ve been taking as many notes as I can and watching tapes of previous Iowa races so I know the flow of the event,” Regan stated.  “The biggest thing is getting to the track and talking to the crew chiefs and drivers.  Once I get there, I’ll be able to really start preparing on little details.  The past six or seven weeks when I knew this was a possibility, I really paid attention to the races and started taking mental notes and notes on paper.”

One of his mental notes and overall goals involves censoring himself in the FS1 booth.

“One way I’ll measure success for myself is if I don’t cuss,” Regan joked. “No FCC violations.  If the race comes across to the viewer in a way that they feel they learned something, that will be a success.  When I watch racing, I like learning something and feeling like I walked away knowing something I didn’t prior to the event.”

Regan expects the familiarity he has with Mark, who will be in his ear throughout the evening, and play-by-play announcer Adam Alexander, with whom he works on NASCAR Race Hub, to bolster his comfort level.

“It’s good for me to have Mark producing this race,” he said.  “Plus, both Adam (Alexander) and Phil (Parsons, analyst) are seasoned veterans. I have a really good relationship with Adam and also know and greatly respect Phil.  Adam has a special ability — when he asks a question or when he’s talking about something — he makes it easy for the person alongside him.”

Making it easy for Regan is one of Mark’s goals for the weekend.

“It’s the least I can do for a fellow New Yorker whose family helped pay my college tuition with regular trips to our drive-through window,” Mark joked.  “But seriously, I cannot wait for Saturday.  It’s going to be a blast to watch our lives and career paths come full circle. A little family reunion in the TV booth. How often do two guys from a map dot end up working in the same industry and on the same event? It’s something pretty special.” 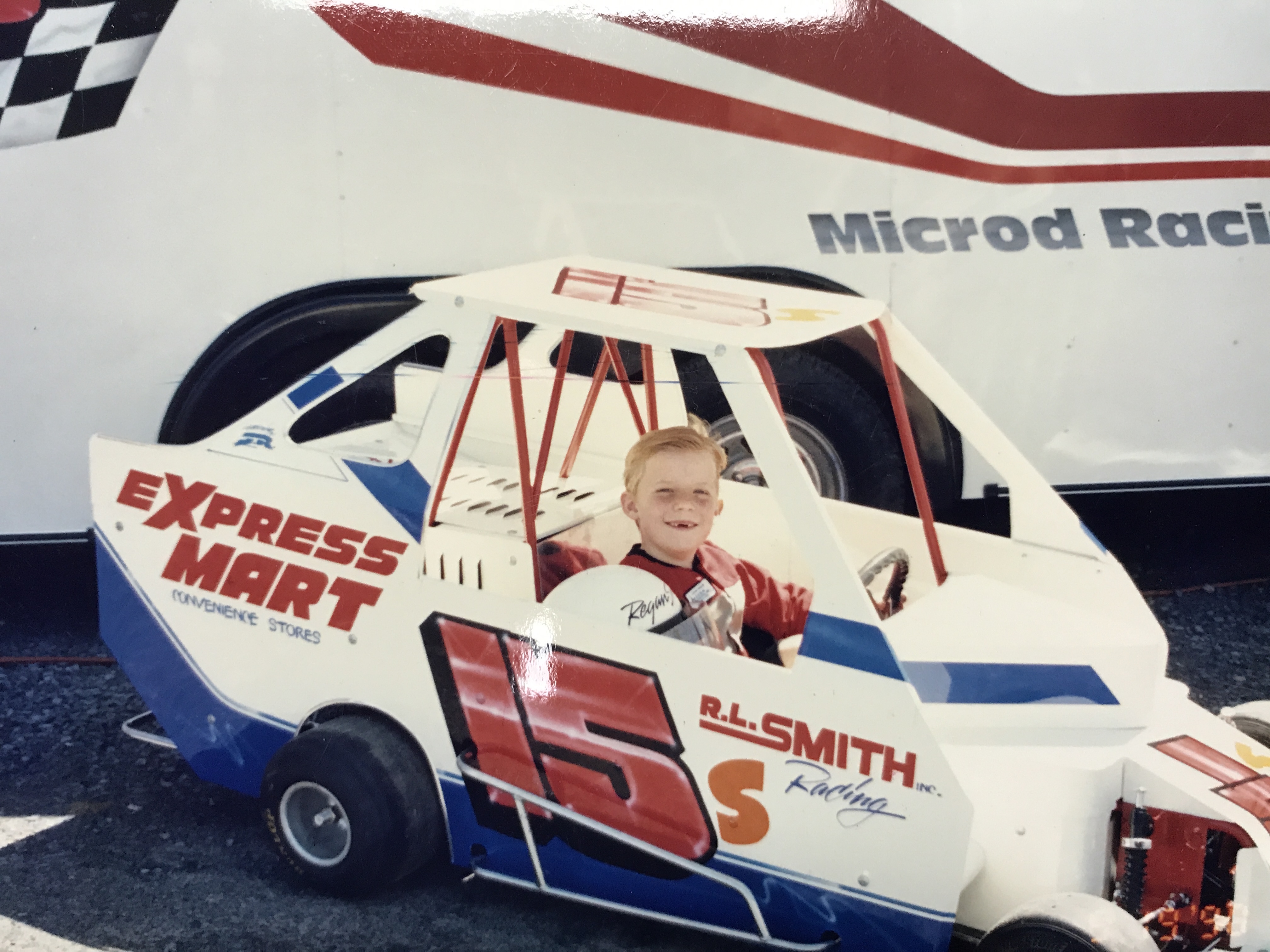