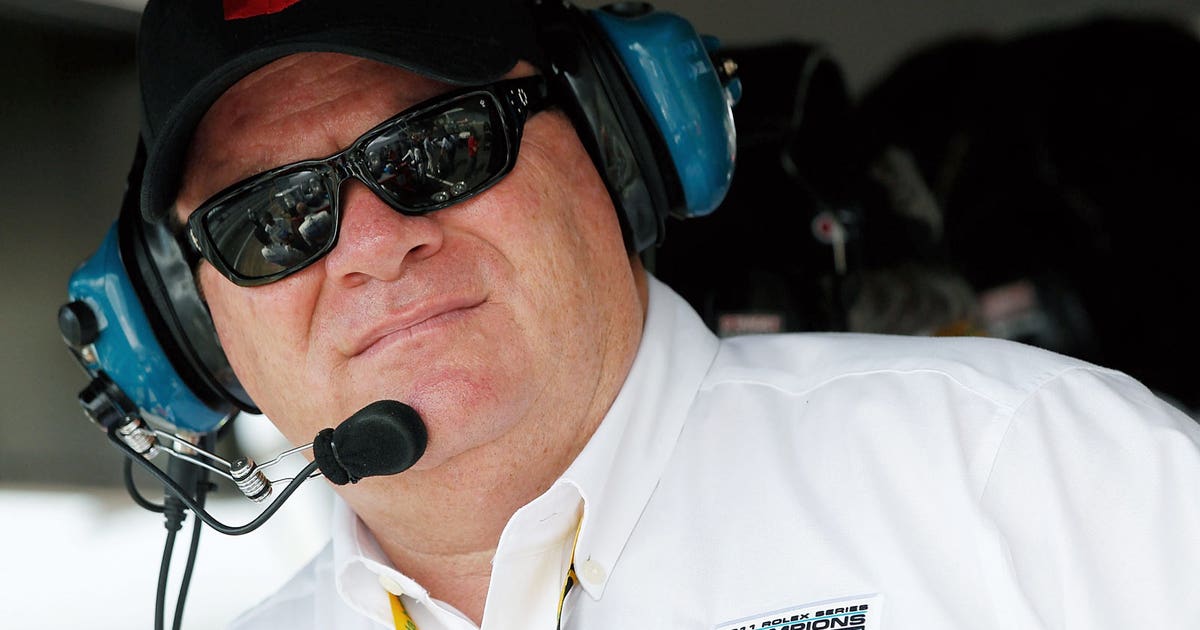 Kyle Larson’s thrilling win in Sunday’s Firekeepers Casino 400 at Michigan International Speedway was the 14th for team owner Chip Ganassi in what is now the Monster Energy NASCAR Cup Series.

Over the years, Ganassi has had various partners as co-owners, including Felix Sabates, Teresa Earnhardt and Rob Kauffman.

Following are all 14 of Ganassi’s Cup victories since he formed his team for the 2001 season. 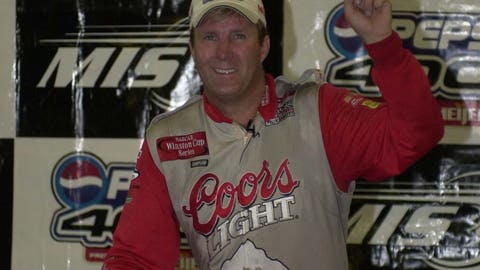 The first visit to Victory Lane for Ganassi as a team owner came at Michigan International Speedway in 2001, where Sterling Marlin drove his Dodge to victory over Ricky Craven, Bill Elliott and Matt Kenseth.

Sterling Marlin gave Ganassi his second win of 2001 in the fall Charlotte race, when he cruised to an easy 6.002-second victory over Tony Stewart. Ward Burton, Dale Earnhardt Jr. and Jeff Burton completed the top five.

Fast once again, Sterling Marlin picked up where he left off in 2001, driving his Ganassi-owned Dodge to a win at Las Vegas over Jeremy Mayfield, Mark Martin, Ryan Newman and Tony Stewart. 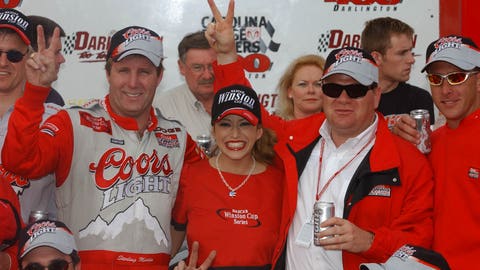 Just two races after winning in Sin City, Sterling Marlin was back in Victory Lane again, this time in the spring race at historic Darlington, where he bested Elliott Sadler, Kevin Harvick, Dale Earnhardt Jr. and Ryan Newman. 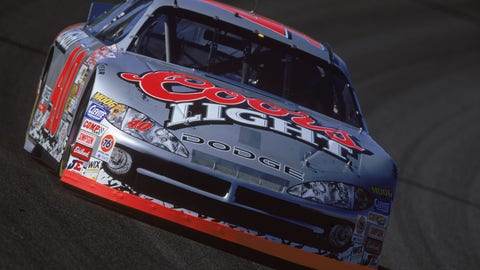 After Sterling Marlin was sidelined with a broken neck suffered in a crash at Kansas, rookie Jamie McMurray stepped in and scored a huge upset victory in the Bank of America 500 in only his second Cup start. McMurray won by just 0.350 seconds over the Joe Gibbs Racing Pontiacs of Bobby Labonte and Tony Stewart. Jeff Gordon and Rusty Wallace rounded out the top five.

Colombian-born Juan Pablo Montoya, a past Indy 500 and Monaco Grand Prix winner, broke a nearly five-year drought for Ganassi by winning on the Sonoma road course in Northern California. There, he beat Kevin Harvick, Jeff Burton, Clint Bowyer and Greg Biffle, with a margin of victory of 4.097 seconds. 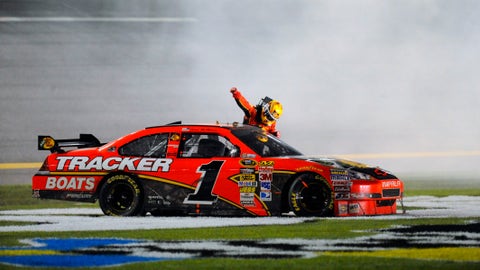 Ganassi teamed with co-owner Teresa Earnhardt to form Earnhardt Ganassi Racing and 2010 was a great season for the partnership. It began with Jamie McMurray winning NASCAR’s crown jewel, the Daytona 500 to start what would be the team’s best year and McMurray’s as well. 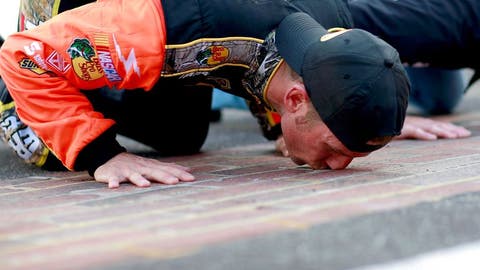 After winning the Daytona 500 to start the season, Jamie McMurray scored another huge victory in a NASCAR crown jewel race, capturing the Brickyard 400. McMurray took the checkered flag by 1.391 seconds over Kevin Harvick, Greg Biffle, Clint Bowyer and Tony Stewart.

For the only time in Chip Ganassi’s tenure as a NASCAR team owner, he had two different drivers win in a single season, as Juan Pablo Montoya was victorious at Watkins Glen. There, he beat Kurt Busch, Marcos Ambrose and AJ Allmendinger.

For the second time in his career, Jamie McMurray won the fall Charlotte race, this time taking the checkered flag by 1.866 seconds over Kyle Busch and Jimmie Johnson. It was the fourth victory of the year for team owner Chip Ganassi, which remains a career best. 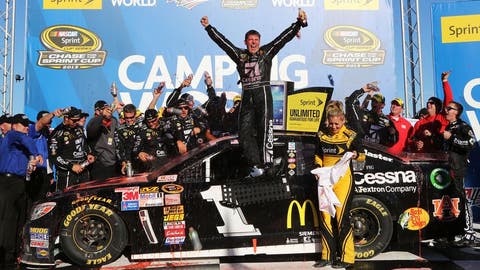 Jamie McMurray is one of the sport’s better restrictor-plate racers, and he showed it at Talladega in the fall race, where he fended off Dale Earnhardt Jr., Ricky Stenhouse Jr., Paul Menard and Kyle Busch for the victory. 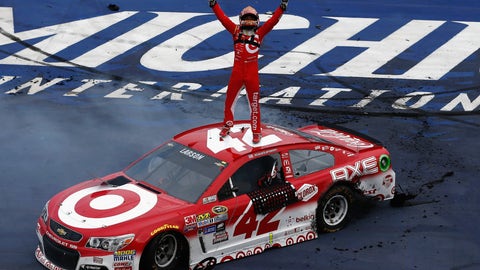 After finishing as high as second in his rookie season of 2014, Kyle Larson finally broke through to score his first career Cup victory over Chase Elliott, Brad Keselowski and Ryan Blaney.  Larson’s first victory came in his 100th start. 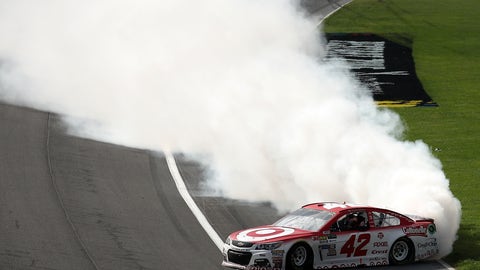 Kyle Larson had a dream weekend at Auto Club Speedway. On Friday, he won the pole for the Auto Club 400. On Saturday, he took the XFINITY Series race victory and on Sunday he led the most laps and won the Cup race. 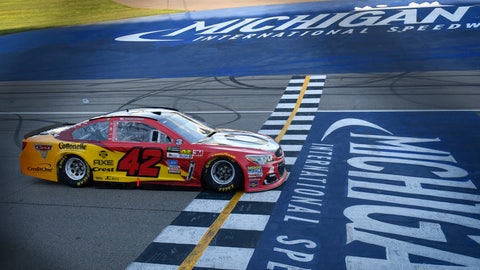 He drove his Chip Ganassi Racing Chevrolet to victory earlier in 2017 at Auto Club Speedway, a 2-mile track that was modeled after MIS, and he won the second MIS race in 2016. In both of Larson’s MIS victories, Chase Elliott finished second.