Sauter used track position in the closing laps to score his first victory of the season in his GMS Racing Chevrolet over teammate Kaz Grala.

The victory on the Monster Mile was the 14th of Sauter’s career and it came in his 204th Truck Series start.
Although it was just Sauter’s first win of the year, it was his fifth consecutive finish of third or better. And it didn’t come easy.

“There’s just some days when you wake up and you don’t feel like it’s going to be your day and things don’t feel like they’re clicking,” said Sauter. “And I just felt like we were off a little all weekend. … It’s just a great day, an unbelievable effort.”

“We were close,” said Grala. “… These truck races are all about track position and clean air.”

Chase Briscoe started on the pole in his Brad Keselowski-owned Ford, but Ryan Truex took the lead early and led 44 of the first 45 laps to take Stage 1 in Shigeaki Hattori’s Toyota.

Christopher Bell came into the race second in points, only to cut a left-rear tire and crash his Kyle Busch-owned Toyota in Turn 3 to bring out a caution on Lap 37. The contact knocked Bell out of the race, and he finished 25th.

Bell apologized to his team for not pitting sooner to get tire replaced before it deflated and causing the crash. “I’m sorry to those guys,” Bell said of his Kyle Busch Motorsports crew. “I should have gotten it in and gotten it fixed.”

When the leaders pitted after the end of the 45-lap Stage 1, veteran Matt Crafton stayed out and took the lead.

Justin Haley was running second to Crafton on Lap 74 when he spun coming off the exit of Turn 4.

On Lap 90, the final circuit in Stage 2, there was a crash on the frontstretch that began when John Hunter Nemechek got loose and snared Parker Kligerman, who got hit by T.J. Bell. Crafton won Stage 2 ahead of Truex.

After the pit stops at the end of Stage 2, it was Ben Rhodes who took over the lead. Rhodes held onto the point until there were 34 laps to go, when he pitted. That put Briscoe out front for a lap until he pitted.

Briscoe’s stop proved disastrous as his crew didn’t get the lug nuts on his left-front tire, which promptly fell off to bring out a caution.

By now, there were just seven trucks on the lead lap, with Johnny Sauter out front as the field took the green flag with 25 laps to go. Sauter made a clean restart with Grala in second place on much fresher tires.

And from there, Sauter was able to hold on and win. 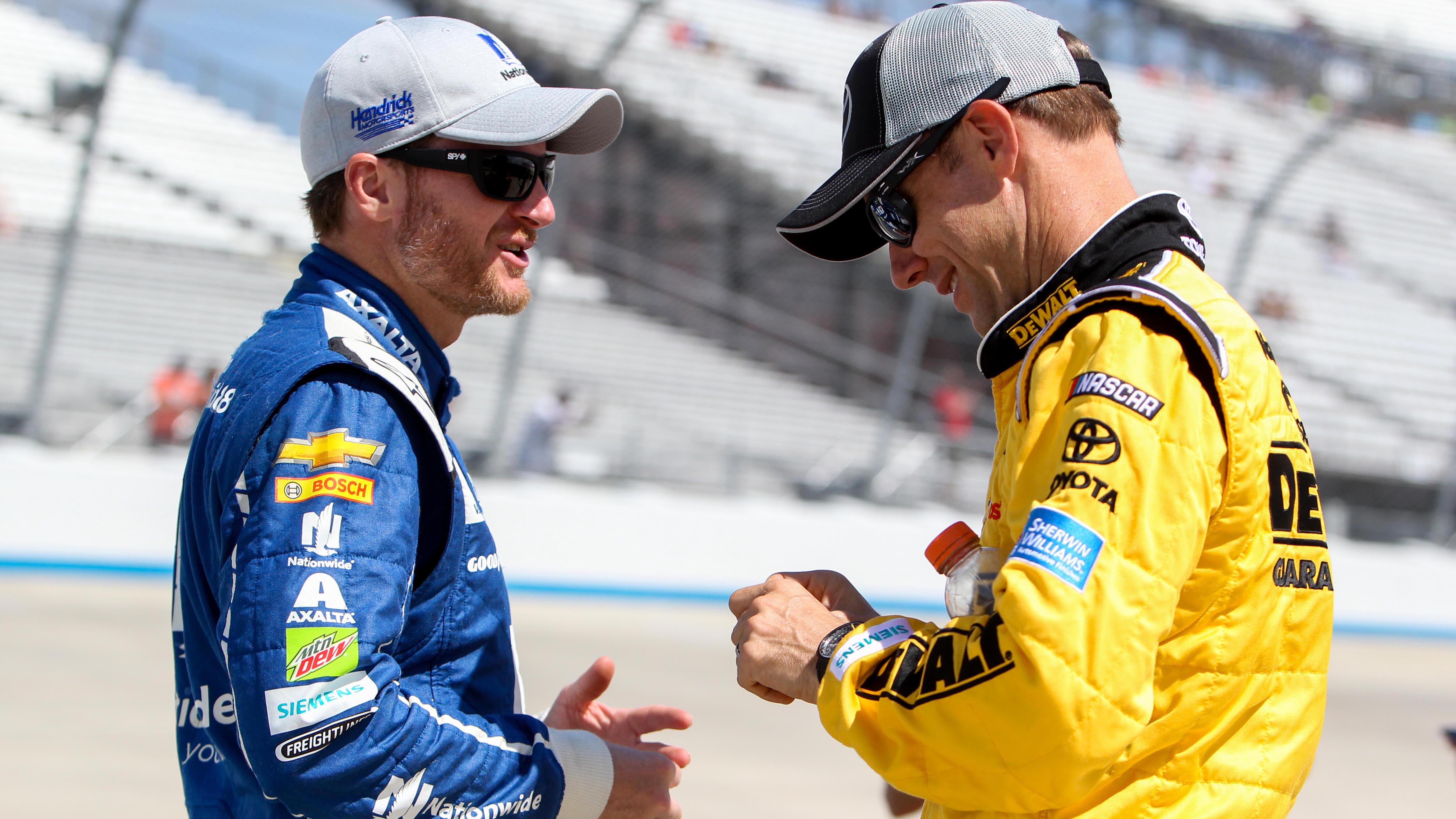