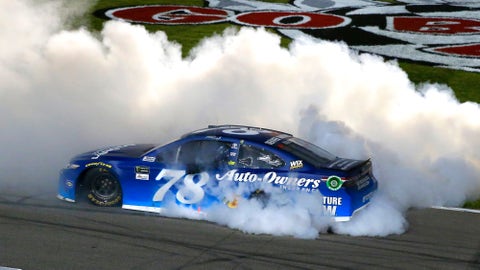 Martin Truex Jr. continued his dominance when NASCAR goes to the intermediate 1.5-mile racetracks. His second victory of the season boosted him back up the power rankings but he couldn’t dethrone Kyle Larson from the top spot.

Check out how the rankings stack up after Kansas:

Another strong showing by Larson who kept his No. 42 Chip Ganassi Racing Chevrolet in contention all night and scored a sixth-place finish, keeping the points lead and the top spot on our power rankings. 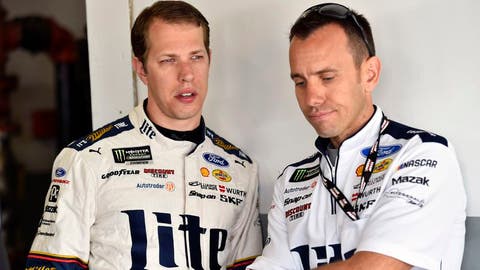 The resiliency Keselowski has shown several times this year makes him a dangerous driver as the season heads into the summer months. He keeps building the case that the No. 2 should be the championship favorite. Plus, he gets his crew chief Paul Wolfe back for the Coca-Cola 600 in two weeks. 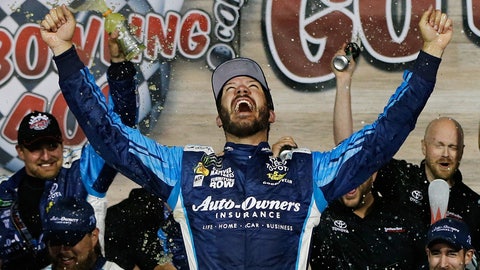 While he’s currently second in the points standings, his 15 playoff points are the most of any driver. Truex dominates the 1.5-mile tracks and has quite a few on the schedule in the coming months.

The more comfortable Harvick and the No. 4 Stewart-Haas Racing team gets with the transfer over to Ford, the better they’re going to perform. Don’t be surprised to see Harvick make a strong push in the second half of the regular season.

Each week, the No. 1 CGR Chevrolet and McMurray impresses with their consistency. He’s finished 12th or better in six of the last seven races and is having his best season since 2010. 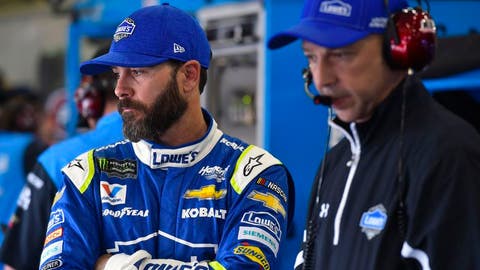 A late incident cost Johnson a strong finish but it’s almost experimental time for crew chief Chad Knaus as the No. 48 team starts tweaking for the playoffs and a run at a historic eighth championship. 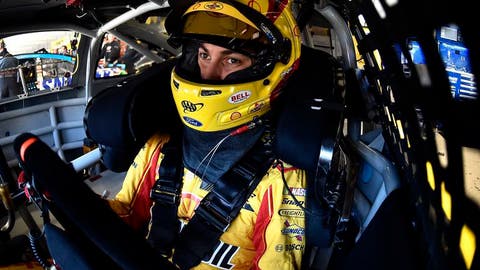 After winning at Richmond, its been a rough stretch for Logano. His win was encumbered and he’s been in two bone-rattling accidents the past two weeks. The bad luck and points penalty has knocked him to ninth in the standings. 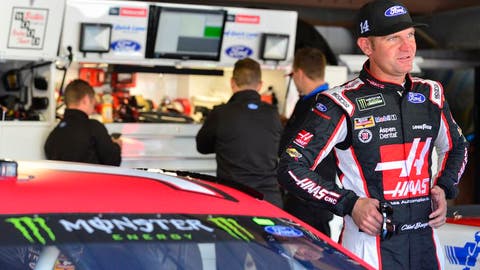 Much like McMurray, the resurgence of Bowyer is great to see. We’re getting to the point where it isn’t a feel-good story anymore and we expect Bowyer to finish in the top 10 each week. I’m sure he’s A-OK with that. 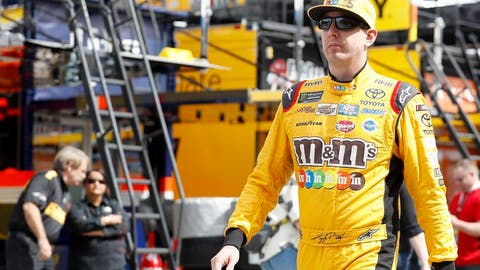 Busch looked like he was going to shut the critics up after his Talladega comments by winning at Kansas but his car didn’t transition well into the night. He still pulled off a fifth-place finish and seems to be on the cusp of stringing together a couple wins.

Stenhouse followed up his Talladega victory with an 11th-place finish at Kansas. Unless crazy circumstances occur, Stenhouse will make his first playoff appearance and has the potential to make a run with some favorable tracks in the postseason, including a return to Talladega. 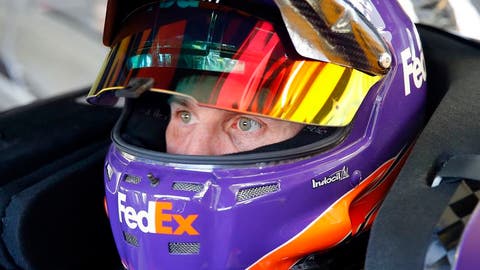 It seems like if Hamlin isn’t finishing third, he’s 30th. The No. 11 JGR team has to hope they can get off this rollercoaster soon. 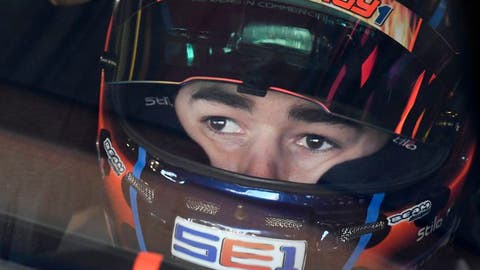 He’s still top five in the points standings but Elliott hasn’t finished better than his car number (24) in the past three races.

The upcoming stretch of Charlotte, Dover, Pocono, and Michigan served as his best stretch of 2016 with an average finish of 4.25, but he didn’t finish better than 13th in the eight races after Michigan last year. 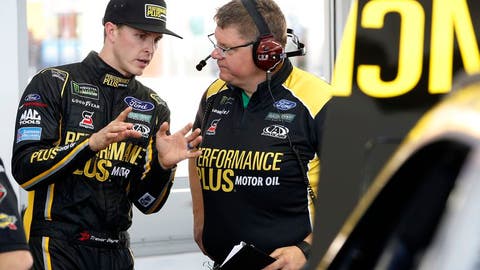 The resurgence of RFR has landed one of its drivers in Victory Lane and Bayne has continued to run strong as he looks for his chance to win. 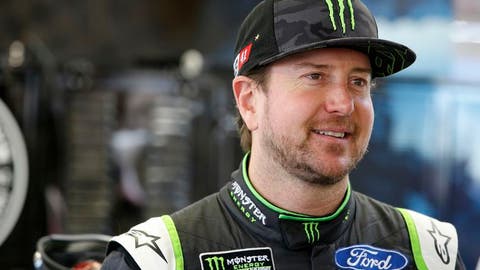 It’s been a bumpy road over the past few weeks for Busch but nothing is getting him too far down since he’s already locked into the playoffs with his Daytona 500 win. 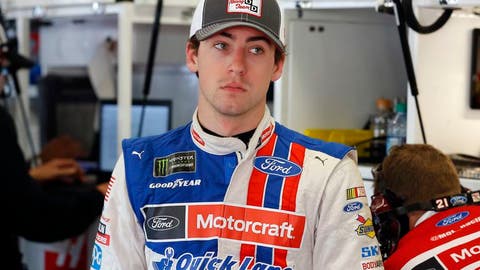 After finishing 30th or worse three weeks in a row, Blaney rebounded nicely with a fourth-place finish. It’ll be a shock if he doesn’t break through with a win sooner than later. 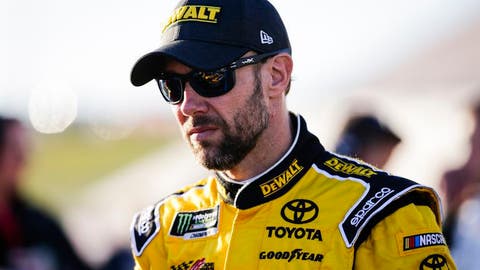 A work in progress would be a good term to use for Kenseth’s season. There hasn’t been much consistency for the No. 20 JGR team outside of a few strong runs.

Kahne has outperformed his finishes most weeks which appears to be a positive if he can start to find ways to score top 10s when he spends most of the race up there.

The rookie is starting to figure it out. For the first time this season, he spent most of the race in the top 20 to top 10. He surged late to score his third seventh-place finish of the season. 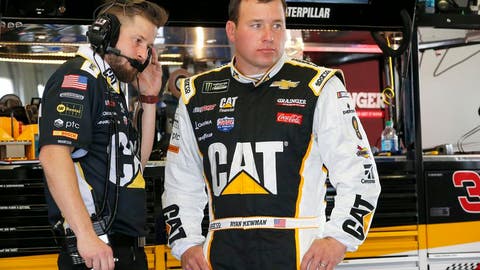 Newman looked pretty solid in the weeks following his win but his engine gave out on him at Kansas where he finished last. 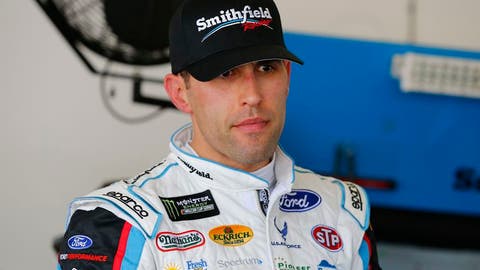 First off, we’re hoping that Almirola can return to racing sooner than later after a compression fracture to his T5 vertebra in a scary crash at Kansas.

He’s been having one of his best seasons and was a playoff contender so far. He’ll likely need a win to make the postseason if he misses a few races before returning. 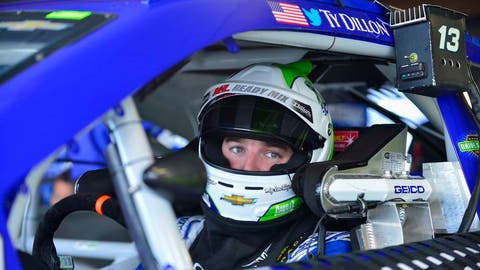 A great battle has emerged between the three rookies who are only separated by 13 points through 11 races. Dillon continues to impress in equipment that was regularly running 25th last year.

Kansas was a perfect representation of Jones’ season. He had a great car, spun three times, never hit anything and ended up finishing 22nd. If any driver has been better than their finishes, it’s Jones.

Dillon finished 16th at Kansas, which isn’t bad, but he needs a lot more to get to the playoffs in back-to-back seasons. 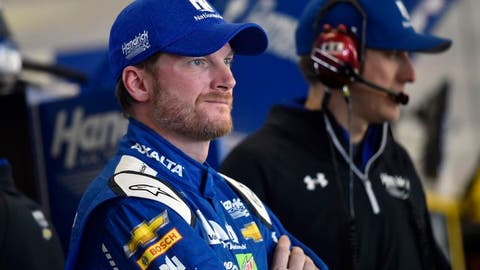 The farewell tour isn’t off to a great start for Earnhardt but there’s still a lot of racing left for him to get a win and a playoff appearance in his final NASCAR season. 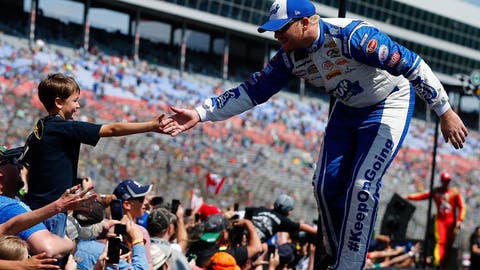 Kudos to Buescher for some great finishes in recent weeks. He posted a season-high 11th at Martinsville and has finished 21st or better in five of the last six races. 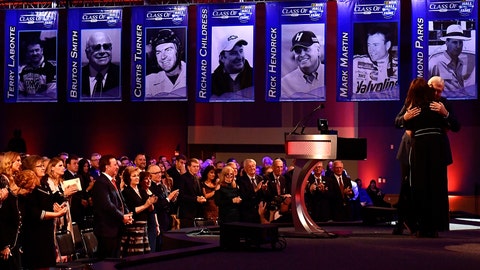