The good news is that Almirola has been released from a Kansas hospital and will fly home to Mooresville, N.C., today, the team said, noting that “Almirola is mobile and will follow-up with his doctors in Charlotte.”

Under the circumstances, that’s about as good a news as can be expected following the horrific crash.

The incident occurred just after a restart on Lap 199 of the 267-lap Go Bowling 400 at Kansas. It appeared that the right-front brake rotor on Joey Logano’s Team Penske Ford exploded in Turn 1 while he and Danica Patrick were racing for 11th place.

Logano’s damaged car turned left and hit Patrick, putting them both into the wall. Almirola, who was about 10 cars back couldn’t stop and hit Logano’s car at a high rate of speed in Turn 2.

Patrick and Logano were seen at the track’s infield care center and were released uninjured, but rescue workers had to cut the windshield and roof of Almirola’s car to extricate the injured driver during a 27-minute red flag period.

From there, Almirola was airlifted by helicopter to University of Kansas Medical Center where he spent the night.

A Richard Petty Motorsports representative said in a e-mail to FOXSoorts.com that the team will not know when Almirola will be able to return to the cockpit until after he meets with his doctors in Charlotte later this week.

Feel bad for @aric_almirola. What makes this injury even worst is he will feel ready to return to racing before his body will allow him to.

Happy to hear this. Get well soon, Aric. https://t.co/zOO8A7JTNi

I am wishing my friend and driver a speedy recovery! https://t.co/qs3eMTTLdZ 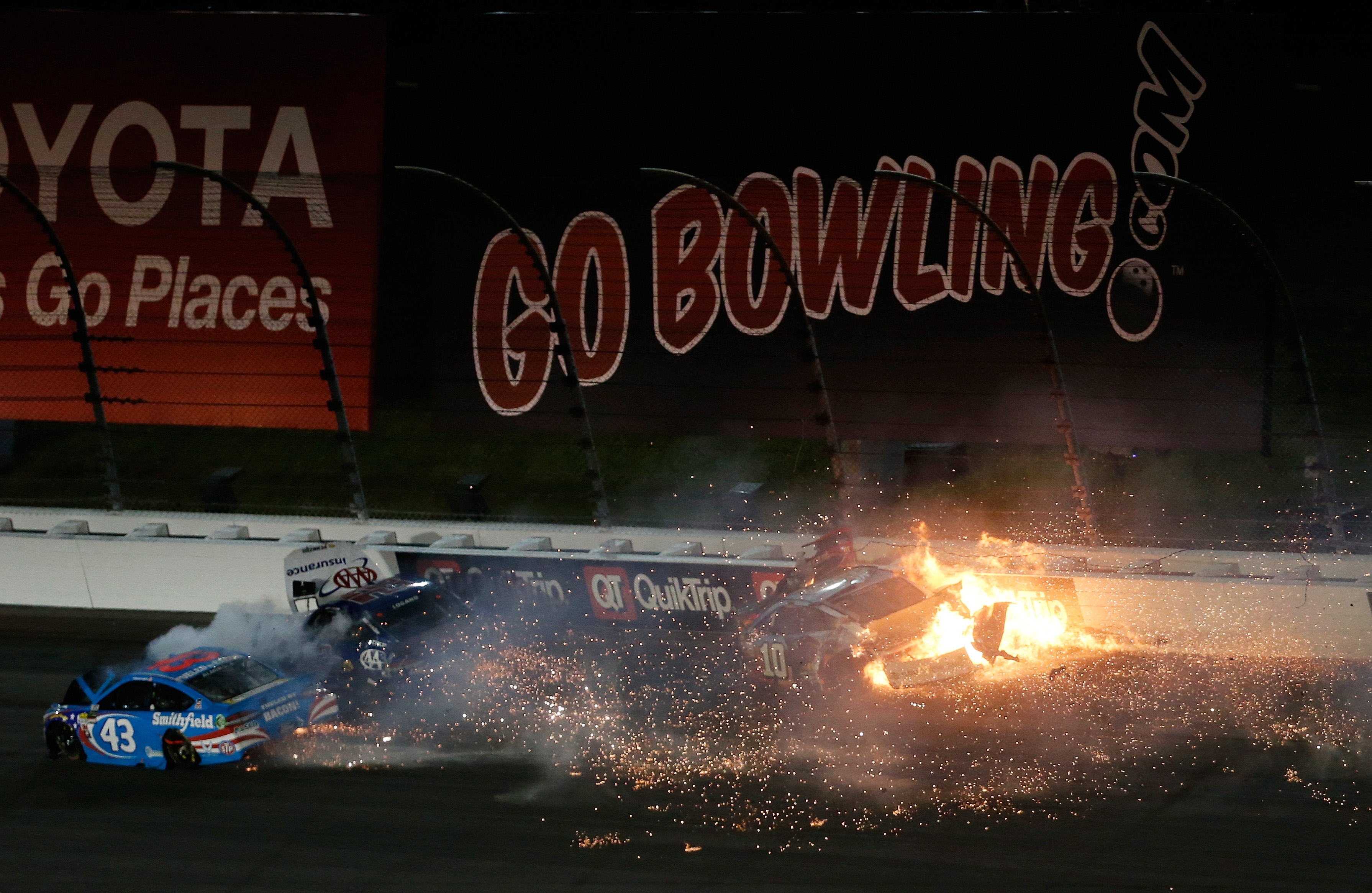