12 things you need to know about Kansas Speedway

Hard to believe, perhaps, but the 2017 Monster Energy NASCAR Cup Series season is nearly one-third complete. Saturday night’s Go Bowling 400 at Kansas Speedway will be race No. 11 of 36 on the season.

Here are 12 facts you need to know about the 1.5-mile Kansas track and what’s happened in its history.

Jason Leffler won the pole for the Protection One 400 at Kansas in 2001, turning a speed of 176.499 miles per hour in one of Chip Ganassi’s Dodges. Jeff Gordon won that first race in a Hendrick Motorsports Chevrolet. 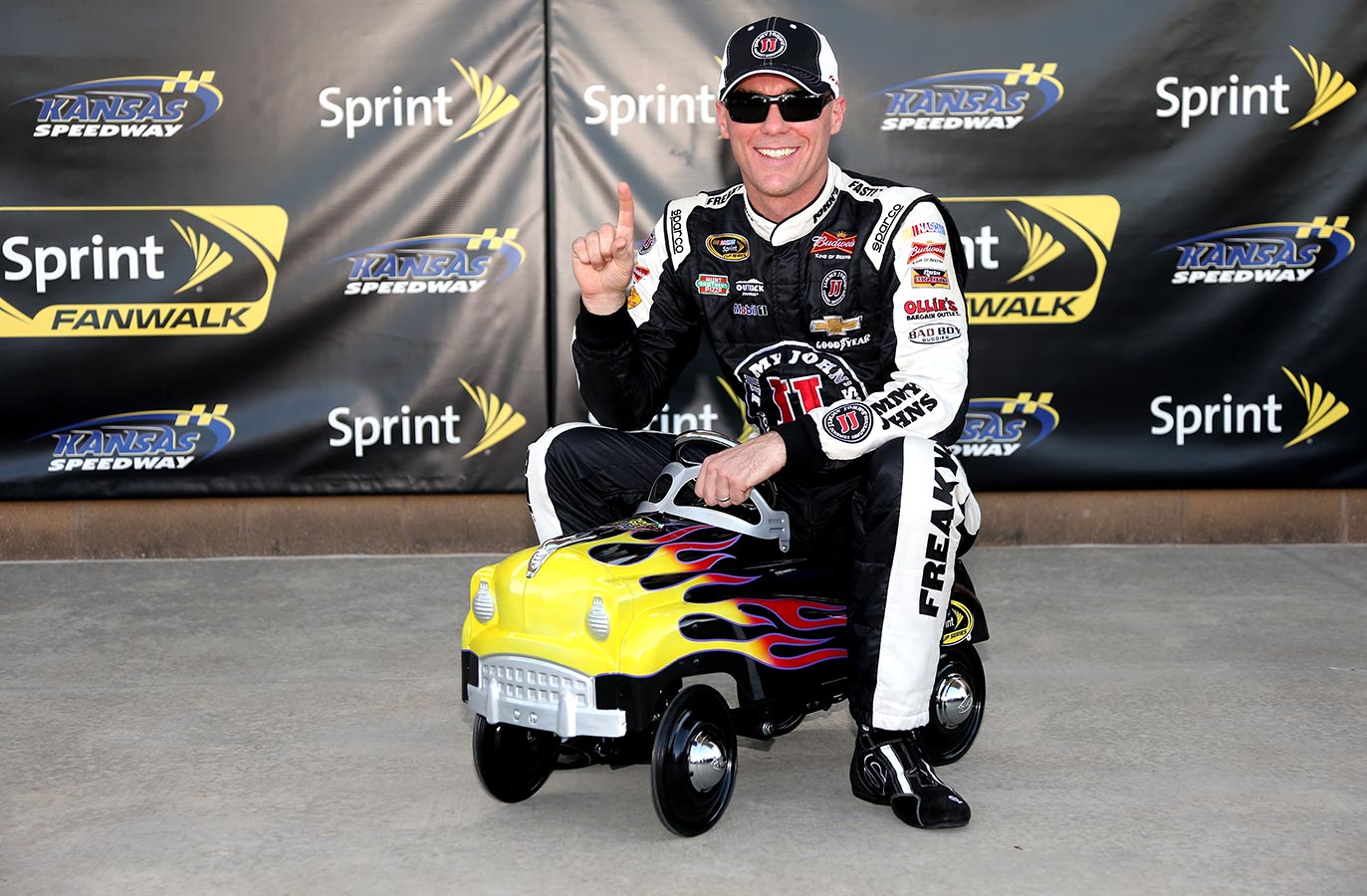 During his championship season of 2014, Kevin Harvick set the Kansas qualifying record with a lap of 197.773 mph.

Matt Kenseth of Joe Gibbs Racing will make his 625th career Cup start this weekend, which will tie him for 22nd most all-time.

Jimmie Johnson earned three of his 82 Cup victories at Kansas. If he can win again on Saturday night, he’ll tie Cale Yarborough for sixth all-time in series race wins.

A total of 17 different drivers from Kansas have competed in NASCAR’s top division and only two of them have ever won. They are Clint Bowyer, who will race on Saturday night, and Jim Roper, who won the very first NASCAR Strictly Stock Series race in 1949.

This weekend at Kansas, Danica Patrick will race with a special “Wonder Woman” paint scheme. Three years ago, Patrick finished seventh in this race, which is the third-best result by a female driver in Cup history.

The forecast for this weekend is great — no more than a 20 percent chance of rain on Friday, Saturday or Sunday. At Kansas Speedway, neither qualifying nor the race itself has ever been rained out.