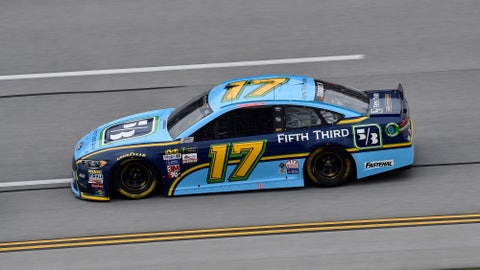 See who will be starting where based on how they performed in qualifying, where Ricky Stenhouse Jr. led the way and won the pole in his No. 17 Roush Fenway Racing Ford.

Stenhouse continues to have a solid season and backed up being fastest in Round 1 of qualifying by edging Dale Earnhardt Jr. for the pole on the last run of the day in the final round.

This is the second pole of Stenhouse’s career as he continues to seek his first career Cup win. 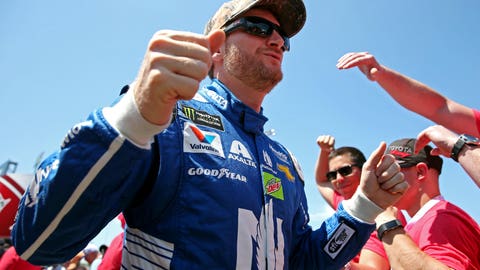 Earnhardt Jr. was on the pole until Stenhouse’s final run Saturday — much to the delight, and then the disappointment, of the pro-Dale Jr. Talladega crowd.

Kenseth’s effort in qualifying was encouraging as the Joe Gibbs Racing Toyotas continues to seek more speed this season.

Bayne’s claim to fame is his 2011 upset win in the Daytona 500, but his average finish in 12 career start at ‘Dega, NASCAR’s only other restrictor-plate track, is 26th. 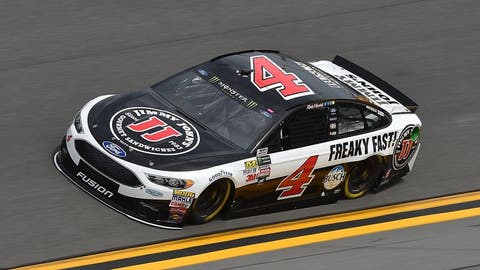 Harvick appears to be one of the fastest this weekend in his No. 4 Stewart-Haas Racing Ford.

The Monster Energy rookie has had an up-and-down first season in Cup. But he made the final round of qualifying Saturday. 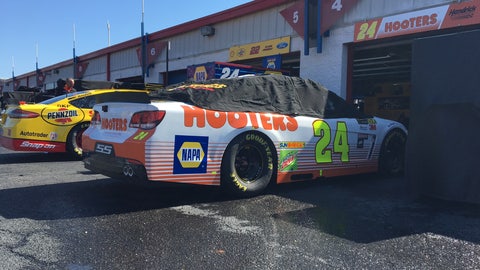 Elliott, driver of the No. 24 Hendrick Motorsports Chevrolet, is driving the iconic Hooters-sponsored car this weekend. 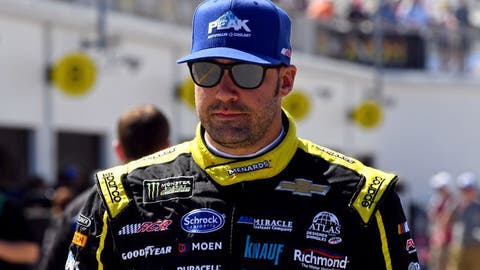 Menard has not done much this season, but was fast in qualifying. 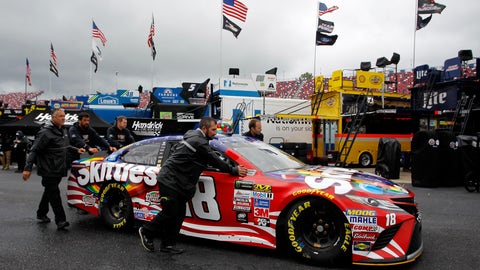 Like his JGR teammates, Kyle Busch was fast in qualifying Saturday, which is encouraging for his No. 18 Toyota team. 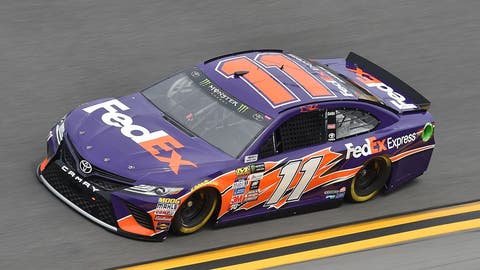 Hamlin and his JGR teammates are looking to break out of what, for them, has been a discernible slump. But all of them were quick in qualifying at ‘Dega

Logano won last Sunday at Richmond, but is trying to shake off the fact that it was tainted by a hefty post-race penalty assessed to his No. 22 Ford team by NASCAR.

Truex was the first car to miss the cutoff for the final round of qualifying. 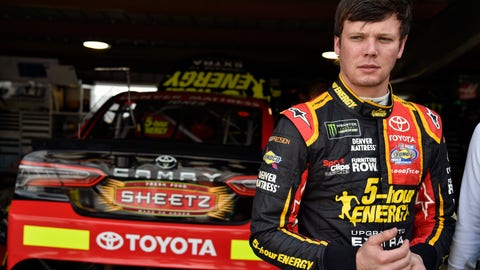 The Monster Energy Cup rookie is looking to shake off a tough finish last Sunday at Richmond. 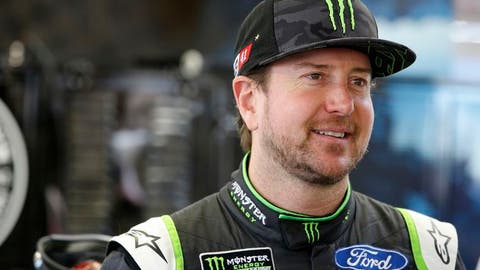 Since winning the Daytona 500 to start the season, Kurt Busch’s 2017 season has not gone as well as he’d like. 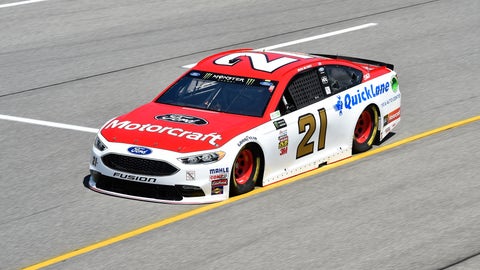 Blaney, a huge Star Wars fan, hopes the Force is with him Sunday. 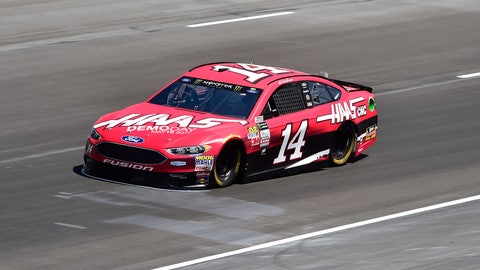 Bowyer continues to enjoy himself immensely in his first season driving the No. 14 Ford for Stewart-Haas Racing. 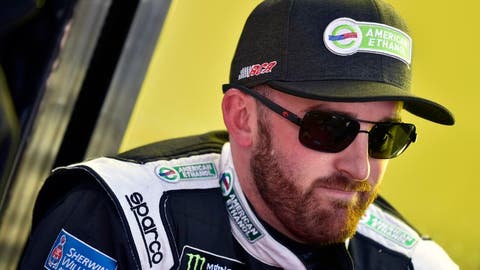 Dillon will roll off 18th Sunday. 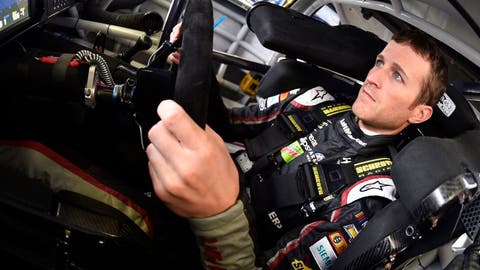 Kahne will start Sunday from the 19th spoton the grid. 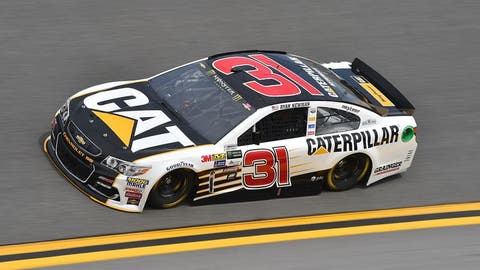 Newman is set to roll off 20th in his No. 31 Richard Childress Racing Chevrolet.

Don’t count points leader Larson out in Sunday’s race despite his disappointing starting positon. He’s a threat to win everywhere.

Almirola hopes to build on the momentum of his win in Saturday’s XFINITY race.

McMurray is one of the best restrictor-plate racers in NASCAR.

McDowell is quietly putting together a solid season for an underfunded team. 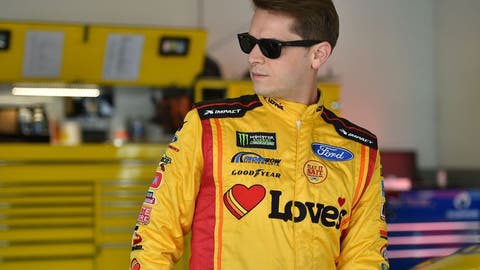 Cassill hopes the Talladega track shows him some love in his Love’s-sponsored car on Sunday. 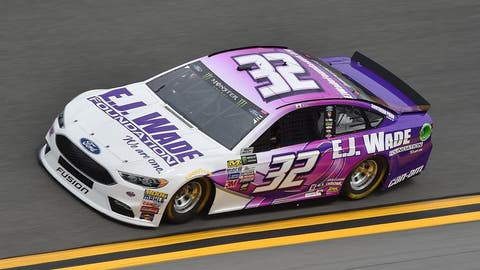 DiBenedetto is OK with earning the 26th starting position in his No. 32 Ford. 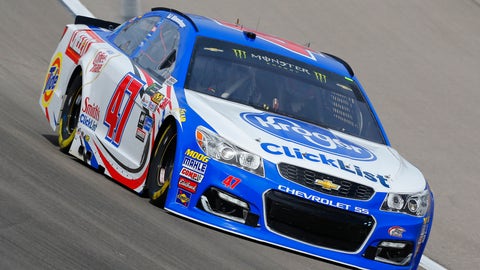 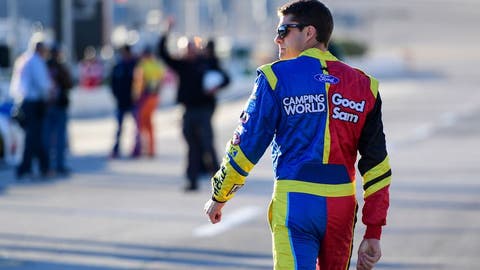 Ragan is a skilled restrictor-plate racer, but probably lacks the speed to do much with it Sunday. 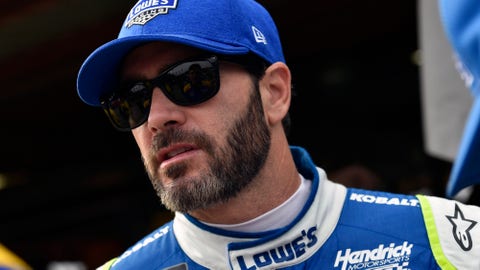 The only explanation for Johnson’s poor qualifying run is that the seven-time Cup champion and two-time winner already this season is saving everything for Sunday. 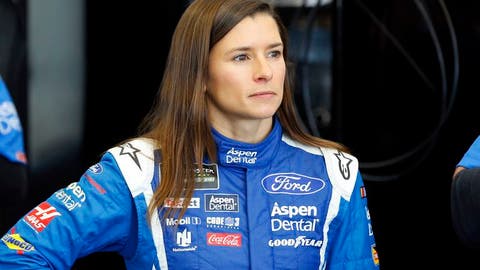 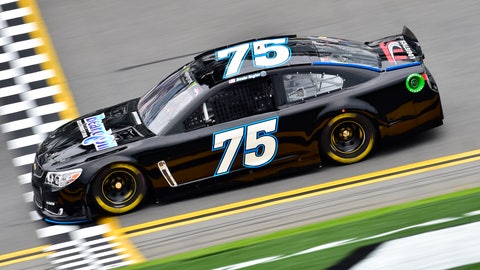 Gaughan, an XFINITY Series regular who got wrecked out ouf Saturday’s Sparks Energy 300, is making a rare Cup start. 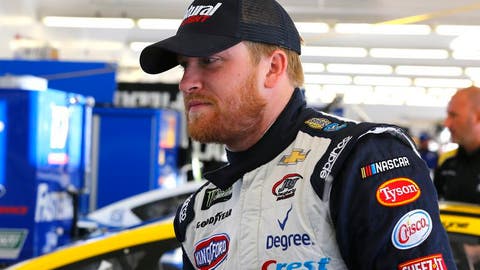 Buescher, Allmendinger’s teammate at JTG Daugherty Racing, also was disappointed with the lack of speed in his car.

The former Cup regular who now drives full time in the XFINITY Series and currently leads in points there is making a rare Cup start.

LaJoie will roll off 36th and try to stay out of trouble, which won’t be easy.

Gaulding will start 37th — and try to do the same at LaJoie. 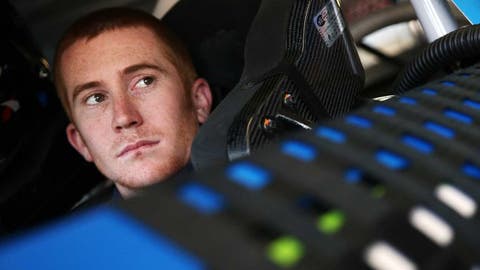 Whitt will roll off 38th and actually has a little more restrictor-plate experience than some of the other backmarkers. 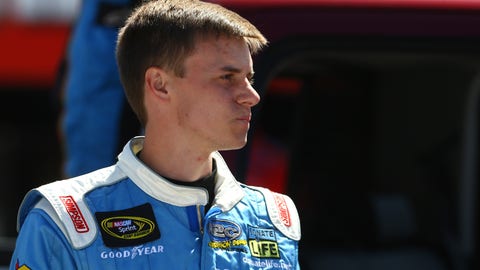 Gase will start at the back of the field Sunday.

Earnhardt will start last Sunday, and will be hard pressed to move forward from there in his current equipment.