Restrictor-plate-track racing is a specialized skill that requires patience, managing the draft and a keen sense of timing to understand when to lay back and when to charge to the front.

Just 15 drivers entered in Sunday’s GEICO 500 Monster Energy NASCAR Cup Series race at Talladega Superspeedway have won either there or at Daytona International Speedway, the other plate track on the circuit. Here are all 15 active plate-track winners. 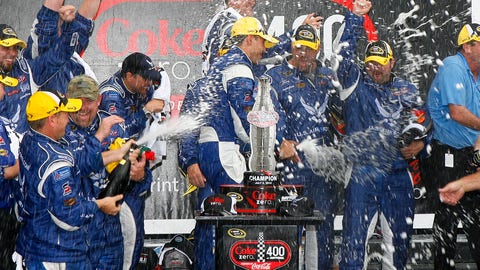 The Richard Petty Motorsports driver has made 30 plate-track starts, with his lone victory coming in the rain-shortened, rain-delayed 2014 Coke Zero 400 at Daytona. 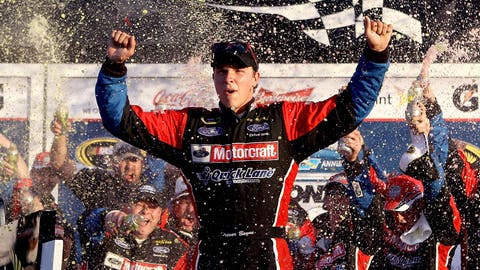 In one of the biggest upsets ever in the sporting world, Bayne won the 2011 Daytona 500 in only his second Cup start and one day after turning 20 years old. It was the first victory for the Wood Brothers Racing team in nearly a decade. 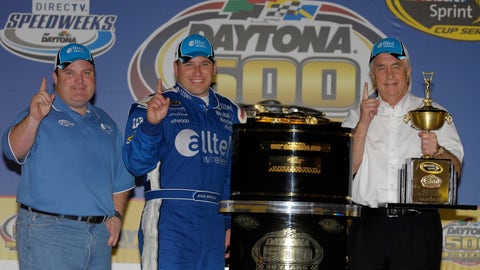 Newman’s only victory in 61 plate-track starts came when then-Team Penske teammate Kurt Busch pushed him to victory in the 2008 Daytona 500. 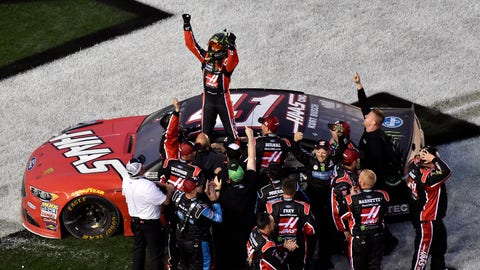 The most recent plate-track winner, Busch won for the first time in 64 attempts by leading only the final lap of the 2017 Daytona 500 to score his historic win. 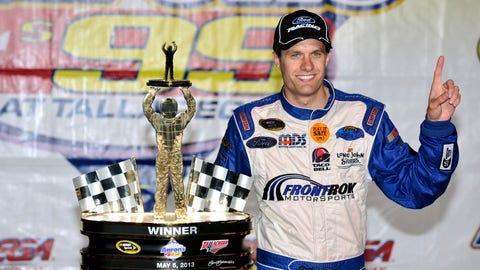 A winner at both Daytona and Talladega, Ragan and his then-Front Row Motorsports teammate David Gilliland finished 1-2 at the spring Talladega race in 2013.

Although he’s also won at Talladega, Hamlin’s biggest plate-track victory came in the 2016 Daytona 500, when he edged out Martin Truex Jr. in the closest finish in that race’s history 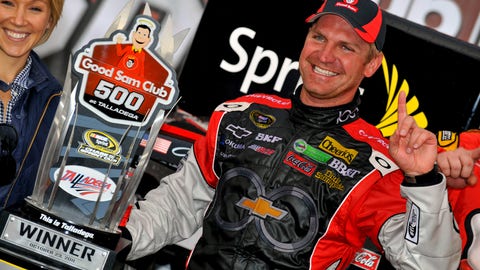 A two-time Talladega winner, Bowyer will be one of the favorites to win on Sunday, especially now that he has Doug Yates horsepower under the hood.

Like his Joe Gibbs Racing teammate Denny Hamlin, Busch has one victory each at Talladega and Daytona.

In one of the most thrilling Daytona 500 finishes of all-time, Harvick ran down and passed Mark Martin on the final lap to win the Great American Race in 2007. 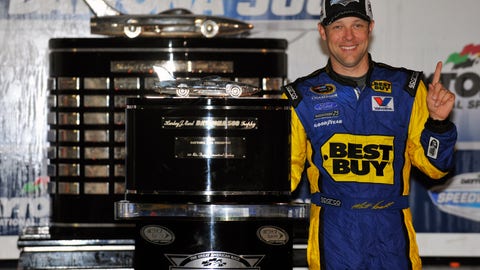 Along with Jimmie Johnson and Dale Earnhardt Jr., Kenseth is one of only three active drivers to win the Daytona 500 twice. 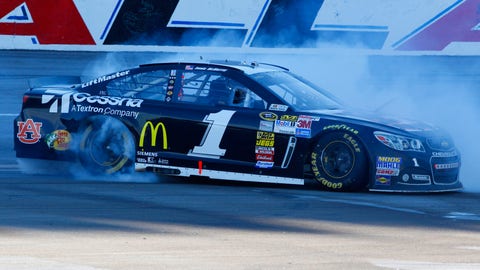 More than half of McMurray’s seven career Cup victories came at plate tracks. Most notably, he won the Daytona 500 in 2010. 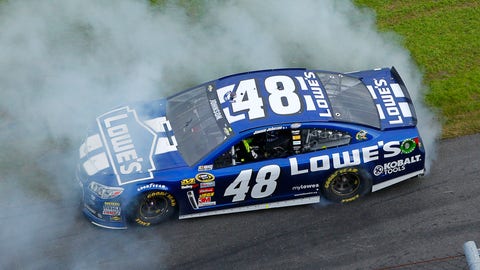 Although he can be hit or miss, Johnson is tied for third among active drivers for most wins at plate tracks, and he’s won the Daytona 500 twice.

Since joining Team Penske, Logano has shown huge improvement at plate tracks, with his biggest win coming in the 2015 Daytona 500. 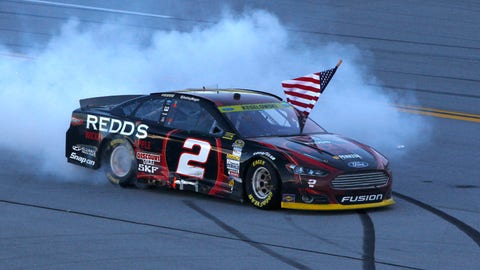 This is truly impressive: Keselowski not only ranks second in total number of plate-track victories, he’s won 21.8 percent of his starts at Daytona and Talladega. That’s far and away the best of any active driver.

The undisputed win leader among active drivers at plate tracks, Earnhardt Jr. has won six times at Talladega, and his four Daytona triumphs include victories in a pair of Daytona 500s. 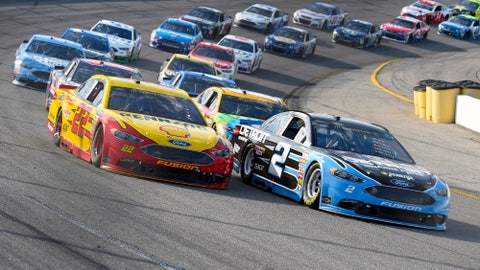