Give Matt Kenseth credit: Even though his season has started poorly, the 2003 NASCAR champion has not lost his sense of humor. Not at all.

Kenseth was at the NASCAR Hall of Fame on Wednesday to take part in an announcement that convenience store chain Circle K has signed a multi-year agreement to be the primary sponsor of Kenseth’s No. 20 Joe Gibbs Racing Toyota for six races a year, starting next week at Richmond.

Asked by a reporter if his season had been hit or miss so far, Kenseth laughed.

“I’ve hit a lot of stuff. Haven’t missed much. If there’s something to hit, I’ve hit it,” said Kenseth, who has been involved in three accidents this season, none of which have been his fault.

Like his teammates at JGR, Kenseth’s performance in the first seven races isn’t what the veteran was hoping for.

“We’ve been off,” said Kenseth. “We haven’t run real well. We’ve run OK at a couple of places. … We’re not handling good and running the way we should run.”

A visit to Bristol Motor Speedway, site of Sunday’s Food City 500, could be a chance for Kenseth and the entire JGR squad to break through and win for the first time this season.

Three of the team’s four drivers — all but rookie Daniel Suarez — have won at Bristol, including Kenseth, who has four victories here.

Then again, after winning this race in 2015, Kenseth’s last three Bristol finishes have been 42nd, 36th and 37th. Yeah, that definitely qualifies as hit or miss.

“We have four or five DNFs (at Bristol) and a couple of wins,” said Kenseth. “So, it’s kind of feast or famine for us there. I do enjoy it. I really always look forward to going there and the challenges, the little changes they keep making to the track.”

The main thing, though, is the team needs to recapture the speed its Toyotas had in 2015 and ’16.

Kenseth said there’s a tiny margin of error on setups these days, which is a big part of the team’s issues.

“We’re off, for sure,” said Kenseth. “It just seems to me like the window is pretty small right now. It’s easy to miss it. We need to get that target opened back up a little bit and make everybody’s job a little bit easier. We’re working hard on it. I think we’ll get rolling, get some better stuff going forward.” 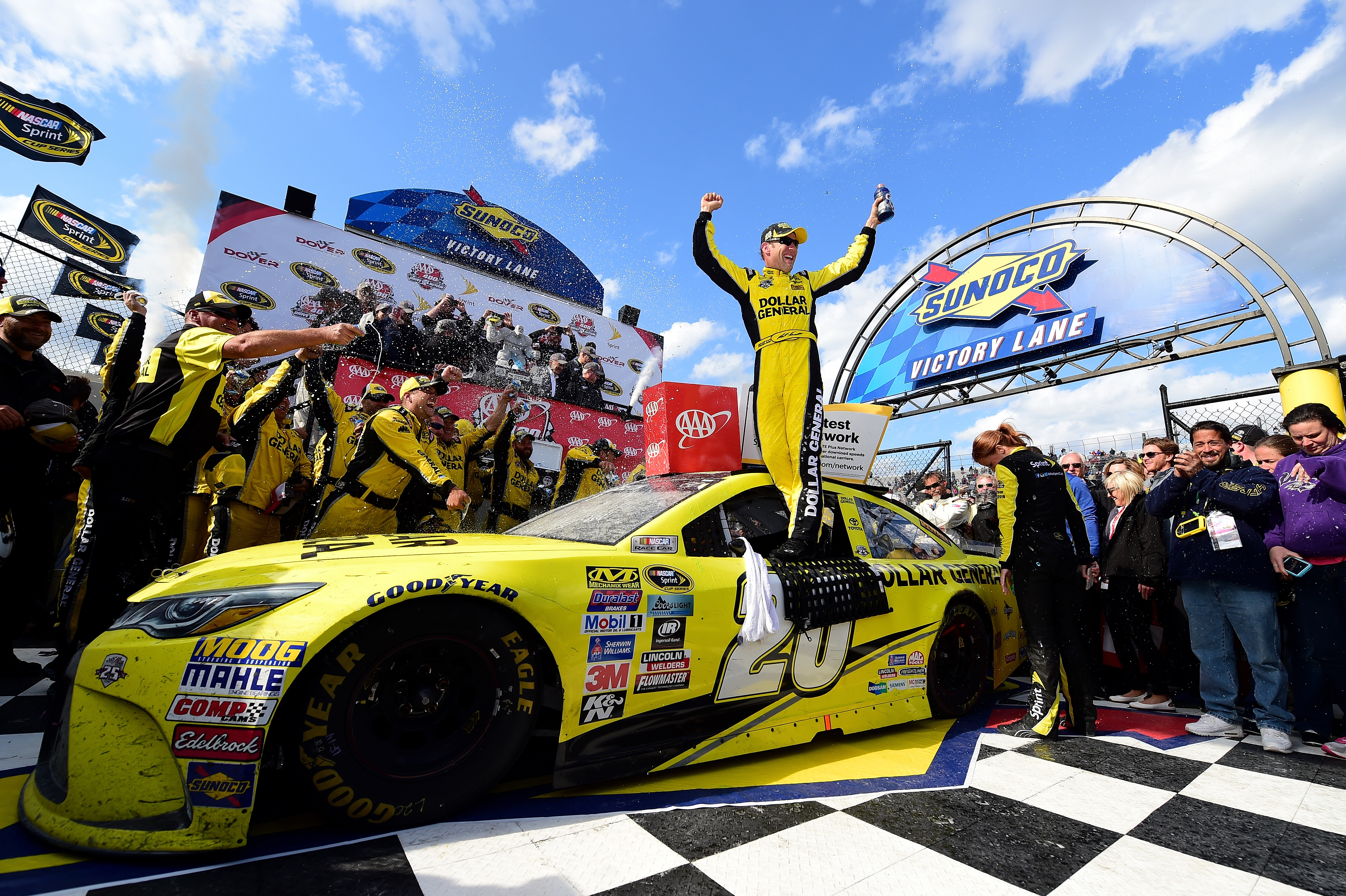